General Hospital Spoilers And Rumors: Spinelli And Maxie Jones Reunion In The Works? 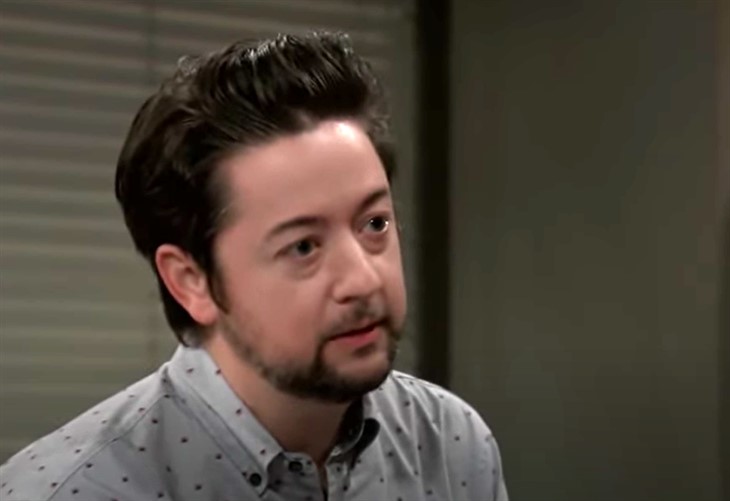 General Hospital (GH) spoilers and rumors tease that Damian Spinelli (Bradford Anderson) is being thrown together with Maxie Jones (Kirsten Storms) in General Hospital episodes a lot lately – could a “Spixie” reunion be in the works?

Longtime General Hospital viewers will recall that Maxie and Spinelli have a child together, named Georgie Spinelli (Lily Fisher). She was conceived during a one night stand between Maxie and Spinelli when she was supposed to be a surrogate for Lulu and Dante Falconeri (Emme Rylan, Dominic Zamprogna).

Long before that, however, the two were involved and even engaged on General Hospital. This was between 2008-2010, with Spinelli breaking their engagement, feeling Maxie wasn’t ready for marriage. He left town for a while and returned, and absence had made Maxie’s heart grow fonder.

She finally realized she was in love with him but he was already involved with someone else, a lab tech named Ellie Trout (Emily Wilson). This was in 2012, and eventually Spinelli and Ellie left town and moved to Portland, Oregon, with Spinelli having custody of Georgie, but after Ellie broke up with him when he realized he still had feelings for Maxie – who by that time had become involved with Nathan West (Ryan Paevey)!

Viewers will recall the ridiculous boxing match between the two of them when Spinelli wanted to fight him for Maxie.  General Hospital recaps show Nathan declined, knowing he would probably hurt Spinelli! More recently, Spinelli and Ellie moved back to Port Charles with Georgie, although Ellie is never seen. They have been together for over five years now, but of late Spinelli seems to be carrying a rather obvious torch for his “Maximista!”

Spinelli was in Pozzulo’s with Jason Morgan (Steve Burton) in a recent episode of General Hospital when Valentin Cassadine (James Patrick Stuart) came by to talk to Jason. He had news of what had transpired at what was supposed to be a double wedding, Dr. Hamilton Finn (Michael Easton) to Anna Devane (Finola Hughes) and Maxie to Peter August (Wes Ramsey).

Between himself, Anna, and Liesl Obrecht (Kathleen Gati) they got the wedding stopped and Maxie was so stressed out that she started having what she thought was labor pains and had to be rushed to General Hospital! When Spinelli heard that he couldn’t help Jason with what he was going to and rushed over to be with her!

Not being immediate family he couldn’t find out very much but Mac Scorpio (John J. York) kept him updated on her condition. He still was not able to visit with her in her hospital room, however. It looks like Maxie may soon come to realize that Peter is not the man that she thought him to be, and may be free of him after a period of time.

The two are being thrown together so much in GH scenes lately, and Spinelli is so worried about Maxie that it looks like the General Hospital powers that be may be preparing for a “Spixie” reunion, since Ellie doesn’t seem to be a very high priority for Spinelli!