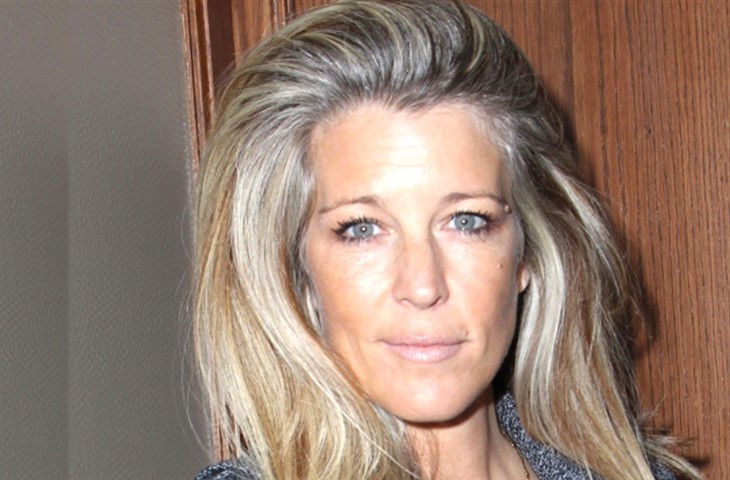 General Hospital spoilers and updates tease that Laura Wright is feeling optimistic about the future of her character, Carla Corinthos and Jason Morgan (Steve Burton). The actress dropped some hints on the pair’s future during a chat with the show’s fans.

Wright, together with Eden McCoy answered questions from fans during a Fantasy Events gathering that was held via Zoom. Viewers know that Jason and Carly’s marriage was cut short after Sonny Corinthos (Maurice Benard) made a surprising return to Port Charles.

General Hospital Spoilers – Is There Hope For Jason Morgan And Carly Corinthos?

At first, the pair decided on the union to put up a united front after the supposed death of Sonny. But later on, they eventually found themselves developing romantic feelings for each other. Is this the end for Carly and Jason now that Sonny’s back?

One fan asked if there was any chance that Jason and Carly would get back together. The actress revealed that they can always keep their toes and fingers crossed. Whether or not their relationship is romantic, Jason and Carly’s connection is “rock solid.” They’re best friends. The pair has “a built-in relationship that’s always going to be there and I’m sure [on some level] will always be teased.”

Wright revealed that they filmed a lot of scenes for her alter ego’s ongoing storyline with Jason. She had a wonderful time, especially when she had to wear a wedding dress and then change costumes after.

The actress had nothing but good things to say about her co-star, Steve Burton. Wright said, “Steve was amazing.” The actress thought that his alter ego would finally get the chance to settle down with the woman whom he always put first.

Wright understands why some fans didn’t cozy up to the idea of Carly marrying Jason. But she also pointed out that fans knew one important fact that Jason and Carly did not. Viewers knew that Sonny was alive but the pair didn’t. They honestly thought he was dead and they had to find a way to protect their family without Sonny.

My Big Fat Fabulous Life Spoilers: Is Whitney Way Thore Over Her Ex?