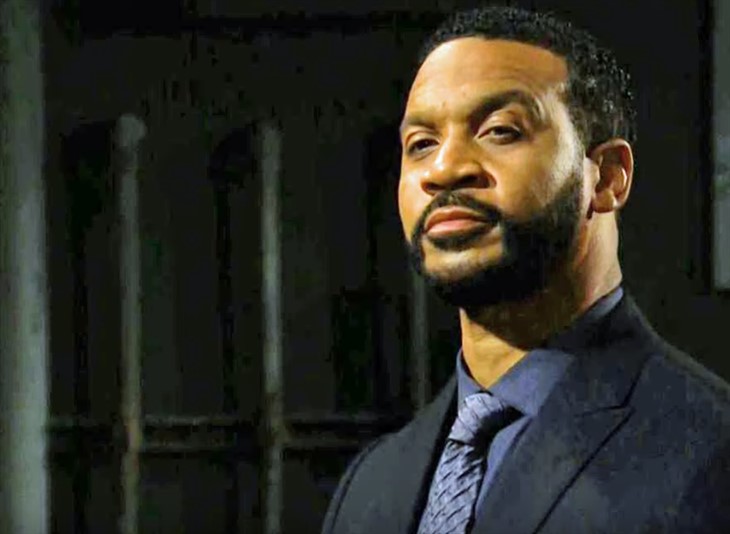 The Bold and the Beautiful (B&B) spoilers reveal that Justin Barber (Aaron D. Spears) gets busted. Ridge Forrester (Thorsten Kaye) confronts him and demands to know where he stashed Thomas Forrester (Matthew Atkinson). Justin tries to play dumb, but Ridge knows everything. When he gets to the cage, he could find two hostages instead of just one.

The Bold And The Beautiful Spoilers – Ridge Forrester’s Demand

B&B spoilers reveal the weekly preview for June 5-9 shows Ridge walking into Spencer Publications. He calmly confronts Justin and wants to know where Thomas is. Of course, Bill Spencer’s (Don Diamont) right-hand man isn’t going to give up that easily. He lashes out and asks how he is supposed to know. This is when Justin realizes that the man isn’t there on a hunch. He knows exactly what happened right before Thomas mysteriously disappeared.

B&B Spoilers – The Calm Before The Storm

Justin is told that he does know where Thomas is because he was the last person to see him before the disappearance. He wants to know who said that he was with Thomas before he vanished. However, Ridge basically indicates that he’s not in the mood to play mind games. We expected an explosion of emotions. We could even understand Ridge charging in there like a raging bull. The fact that he is so calm, controlled and has a slightly lower tone of voice than usual is slightly terrifying. It just might be the calm before the storm.

The Bold And The Beautiful Spoilers – CCTV Shows Attack And Kidnapping

The Bold and the Beautiful spoilers suggest that Ridge knows that Justin has Thomas because of Forrester Creations’ security system. There are cameras all over the building. It would only make sense for the security footage to be reviewed. That way, Ridge would get a better idea of if Thomas left work, what time and if there was anything suspicious on the cameras. Imagine Ridge’s surprise when he saw what actually went down the day of Thomas’ disappearance!

Justin won’t have any choice but to show Ridge the cage where Thomas is being held captive. However, there could be two hostages instead of just one. Hope Logan Spencer (Annika Noelle) is suspicious of Justin when he claims Thomas left Los Angeles.

She secretly trails him, which lands her where Thomas is being held hostage. She is shocked to find him locked in a cage like a wild animal. When Justin leaves the room for a few minutes, Hope races to unlock the cage. However, she has a lot of problems with it and worries that Justin will return before she can free Thomas. It is possible that Justin finds Hope trying to rescue Thomas. He will probably feel there is no other choice but to hold them both in the cage.

Now that Ridge knows the truth about Thomas’ disappearance, it’s only a matter of time before others do, as well. Plus, Justin’s takeover will reach Bill’s jail cell soon. What does this mean for Justin’s future? We will have to keep watching the CBS soap to find out!

Be sure to catch up on everything happening with B&B right now. Come back often for The Bold and the Beautiful spoilers, B&B news and soap opera updates.