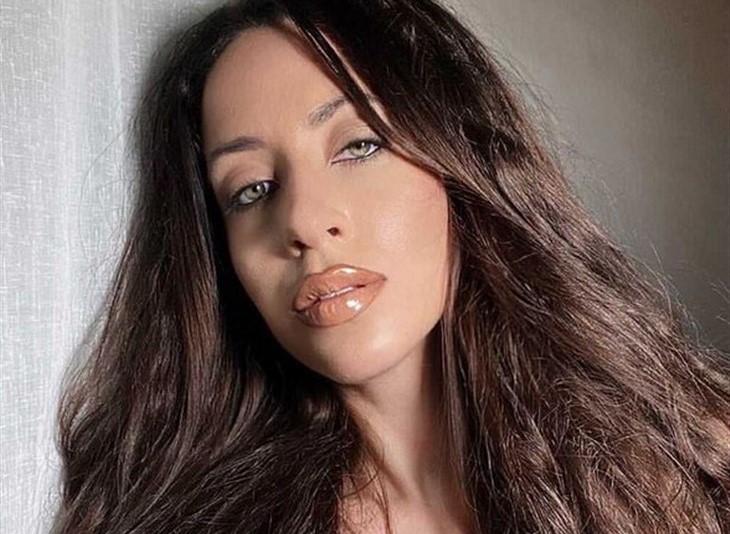 90 Day Fiancé star Amira Lollysa became a fan-favorite on season 8 of the TLC reality show. However, she recently revealed to other cast members on the Tell-All that she has another American boyfriend. In a recent Instagram Q&A, fans were trying to get Amira to open up about her new man, but she could only drop hints, due to her TLC NDA.

Let’s face it, French-Egyptian native Amira Lollysa had a rough time on season 8 of 90 Day Fiancé. When she tried to move to the US to be with Andrew, she was detained and deported. Amira ended up in Serbia, with riots going on all around her. Fans claimed that Andrew Kenton had mistreated and gaslighted the beauty and it did seem like that, despite his protests that the opposite was true.

Despite this, all the difficulties Amira went through led to her becoming a firm fan-favorite on the TLC reality show, as fans sympathized with her plight. However, Kenton insisted that she was actually the villain all along and not him. When Amira revealed on the season’s Tell-All that she is already involved with another American man, Camel Ventura, some fans even turned against her.

After the 90 Day Fiancé season ended, Amira starred on the discovery+ spinoff, 90 Day Diaries. It turns out since the breakup from Andrew she has been back and living in Saumur, France. However, Amira regularly keeps up with her fans and followers on Instagram.

However, fellow cast member Jovi Dufren had predicted that Lollysa was using that platform for fame (don’t all reality stars do that?). After she posted a video of herself dancing seductively on her Instagram, fans were not impressed. Even worse, she has recently been accused of using fillers to get bigger lips and having breast implants. Rumors are that she has also been starving herself to look like a model.

While appearing on 90 Day Diaries, Amira quickly squashed the rumors about having plastic surgery and revealed that she does have a job. She pointed out that she doesn’t need to depend on a man to get by anymore. Speaking of her job, she said she works within the national healthcare system to help COVID-19 patients get emotional support.

Amira was also seen to be talking about an American man who has apparently been sending her photos of rings. Fans then began wondering if this man was Ventura, the guy she had been rumored to be dating.

However, on a recent Instagram Q&A, fans asked Amira if she was engaged to the American man she had been dating. Lollysa was quick to respond, saying, “I am not currently engaged.” She went on to say there is no ring on her finger so far, but mentioned that she is “Size 4.5.”

When another fan asked Amira if she does actually have a boyfriend, she responded, saying “I don’t want a bf. I want a husband!” After another 90 Day Fiancé fan asked if she had found herself a good man, she responded, “So hard to find! I keep giving my trust to unworthy people,” likely referring to Andrew.

Meanwhile, Andrew had predicted that Amira was just playing Camel, as he said she did with him. From the answers on her Q&A, it sounds like she has broken up with Ventura, just like Andrew had also predicted she would.

Despite this, it does sound like Amira is teasing her fans by hinting at being in America right now. When one fan asked if she was in the States, she responded, “I so wish I could tell you…! Stay tuned.” However, she gave a huge spoiler, by tagging President Joe Biden and asking him, “Could you let me in now?”

Amira is likely having a lot of fun playing her fans and keeping them guessing. However, we will keep you updated as the news comes out.

The Young And The Restless Spoilers: Summer And Kyle Leaving GC?