General Hospital Spoilers: Jason And Carly Might Have Unfinished Business 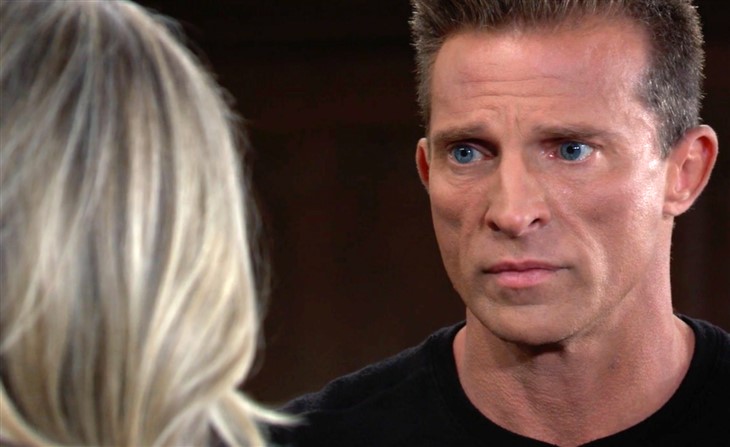 General Hospital (GH) spoilers and updates reveals while Sonny is dealing with Mike’s feelings for Nina, it’s possible that his wife and best friend might give in to their emotions. Jarly seems to be wondering what they missed on their wedding night and could take the steps to find out.

A majority of GH fans were against Carly Corinthos (Laura Wright) sleeping with Jason Morgan (Steve Burton) while Sonny Corinthos (Maurice Benard) was in Nixon Falls. The same sentiment was expressed regarding Mike and Nina Reeves (Cynthia Watros). Now that Sonny has returned to Port Charles and regained his memory some viewers are reconsidering their earlier views.

GH Spoilers- A Thin Line Between Friendship And Love

Spoilers as well as some GH fans are saying that Sonny should have found Jarly in each other’s arms and now believe the duo might end up together anyway. Britt Westbourne (Kelly Thiebaud) still cares for Jason and he seems to have some feelings for her. Will he, however, be able to make a clean break from his BFF or will they give in to passion?

Jason always keeps his emotions in check but he could weaken and cross the line with Carly. The writers should consider a new version of this character who has been in Stone Cold mode for decades. Fans saw a tiny crack in his personality when he was with Britt Westbourne (Kelly Thiebaud) and were hoping for a lasting change but the storyline shifted.

GH Spoilers – Is There A Future For Jarly?

Spoilers tease that Sonny and Nina might explore their feelings and that Jarly could do the same. Carly told Jason after the wedding that he has always been the one she loved. Even so, the duo might find that sex between them is not what they had imagined and decide it’s best to remain friends.