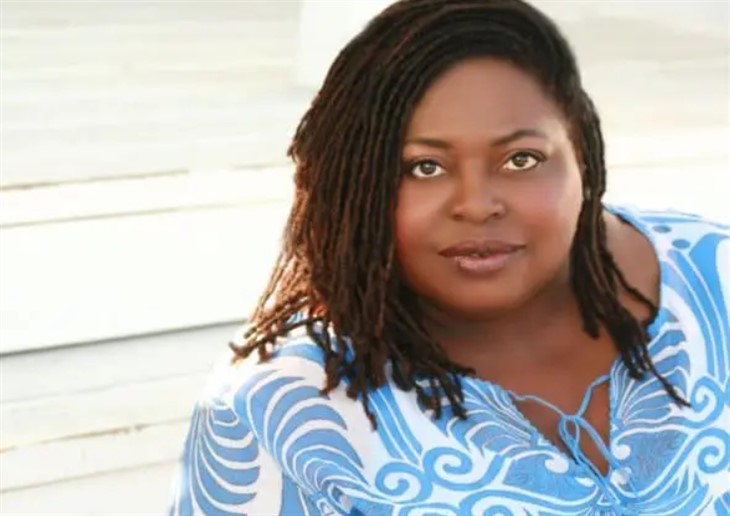 General Hospital (GH) news and spoilers tease that Sonya Eddy, who plays Head Nurse Epiphany Johnson, has scored a movie role! The movie will be shown on Netflix this summer.

In the movie, called “Good On Paper”, Sonya will play a judge named Harriet Gold. The synopsis of the movie is that a stand-up comic will finally meet a guy who’s too good to be true after years of putting her career first instead of herself.

The movie is directed by Kimmy Gatewood and written by Iliza Shlesinger. Shlesinger also stars in the film, which features in addition to Sonya Eddy, Britney Young, Christopher Nicholas Smith and more. This is not Sonya’s first movie – she has appeared in various movies and television series starting in 1995, when she appeared on two episodes of The Drew Carey show.

But she is probably known best for her General Hospital role of Head Nurse Epiphany Johnson, beginning in 2006 where the character started as a registered nurse. She also appeared on General Hospital – Night Shift beginning in 2007. Notable storylines from that era include her being the mother of a computer expert for the Corinthos organization, Stan Johnson (Kiki Ellsworth). In one of the most emotional scenes in the history of General Hospital and its spinoffs, Epiphany was on the phone with Stan when he was killed.

He was in Florida, thinking he was on assignment for Sonny Corinthos (Maurice Benard) and Jason Morgan (Steve Burton) but it was a trap. Jerry Jacks (Sebastian Roché) had been ordered by Franco (then James Franco) to put a hit out on Stan. When she later received her son’s ashes, she found out from Jason that Stan had not been ordered to go to Florida by him, and the shock gave Epiphany a heart attack.

In more recent storylines, Epiphany became involved with Milo Giambetti (Drew Cheetwood), also infamously known as “Magic Milo”. The relationship, considered unusual by some General Hospital viewers, lasted six years from 2014 to 2020. At the time she became involved with Milo, Epiphany had not been involved in a romantic relationship since 2007, which she was involved with Toussaint DuBois (Billy Dee Williams) for two years. Toussaint was General Hospital’s janitor and also doubled as an orderly.

When Marc Samuel debuted later, in 2012 as Nurse Felix DuBois, it was mentioned that he was related to Toussaint, although the relationship was never clarified. As for Milo, General Hospital viewers will remember that he is the brother of Max Giambetti (Derk Cheetwood) who most recently has been involved with Attorney Diane Miller (Carolyn Hennesy). Both the Giambettis worked for Sonny Corinthos as security, and are the sons of the late Maximus Giambetti (Vincent Pastore) who was Sonny’s accountant. Maximus was killed down on the docks right before Jason Morgan (Steve Burton) was presumably killed, but snatched up by Cesar Faison (Anders Hove) for an experiment with twins being run by Helena Cassadine (Constance Towers).

More recently, Epiphany was also featured in Bobbie Spencer’s (Jacklyn Zeman) diabetes storyline on General Hospital, having told Bobbie she was also diabetic, and helped Bobbie with care for Cyrus Renault’s (Jeff Kober) mother, Florence Grey (Annie Abbott) when she was being cared for in Corinthos safe houses as leverage against Cyrus.

Days Of Our Lives Comings & Goings: The Return Of Ciara