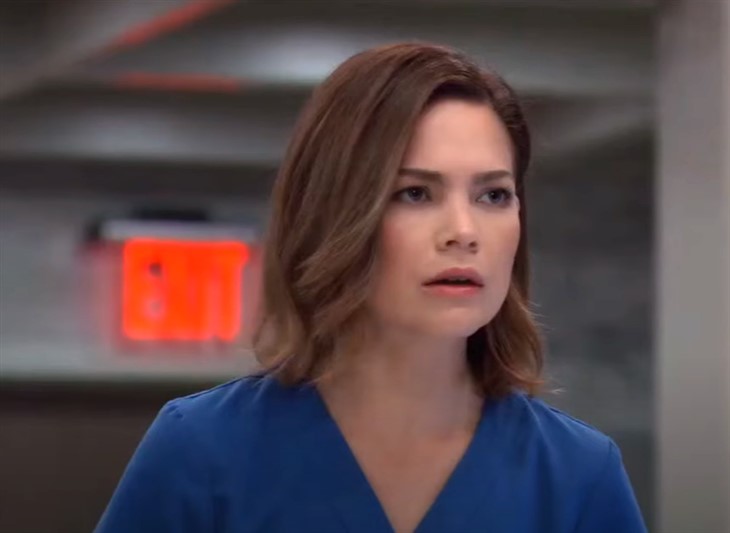 General Hospital (GH) spoilers reveal Elizabeth at a crossroads in her life. She is widowed, she is alone, and she’s not sure how life is going to play out. But she’s on a soap so that only means one thing — she has to fall in love again.

But now they are this close. Finn even put his hand on Elizabeth’s cheek this week in a weird sign of intimacy Elizabeth wasn’t ready for. That just tells us this show wants to play with an Elizabeth and Finn pairing, but we are not quite sure General Hospital is married to it as an endgame.

General Hospital Spoilers – Is This A Hayden Barnes  Set Up?

Perhaps, GH wants Elizabeth and Finn to turn to each other for comfort in that soap opera comfort way. Then, just after it happens, Hayden returns and things get extremely awkward. At this point, Hayden might want to reunite with the father of her child.

General Hospital said it needed to kill Franco because he could never truly escape his serial killer past, but that doesn’t mean Rebecca Herbst and Roger Howarth don’t have chemistry to spare. Why not try it again?

With Austin being a doctor, he’s bound to get a job at GH so that we can get to know him better. That means Elizabeth will get to know him better too and the sparks will fly? But what if it turns out Finn can’t forget her and the feelings he’s developing? Then, Elizabeth would have to choose and it’s not like she knows Austin looks exactly like Franco.

The Young And The Restless (Y&R) Spoilers: Should Adam Newman And Sally Spectra Hook Up?