General Hospital (GH) Spoilers: What Is Laura Wright’s Net Worth? 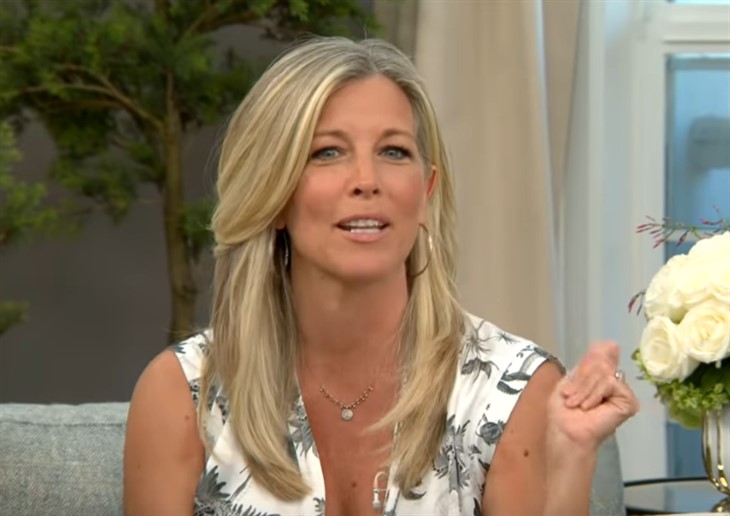 General Hospital (GH) spoilers tease that some General Hospital fans might just wonder if Carly Corinthos’ portrayer, Laura Wright, is as wealthy as Carly is! Well, here’s the scoop! We will contrast Carly with Laura in real life.

General Hospital viewers will remember that Carly owns a hotel, The Metro Court along with her partner in that business, Olivia Quartermaine (Lisa LoCicero). Along with what she makes off the hotel suites and the restaurant with bar, there are also conference rooms, and the upper floor holds office suites they rent out, including Aurora Media, the recently vacated offices of The Invader, and Crimson Magazine. That is quite a moneymaker in itself, even if she does split the profits with Olivia. The offices of Deception, Lucy Coe’s (Lynn Herring) company are also in the office suites of the Metro Court.

But in addition to anything Carly makes from the hotel and everything that is in it, she also owns all of the presumed dead Sonny Corinthos’ (Maurice Benard) on shore businesses, the island in Puerto Rico, and his offshore businesses which are mainly casinos. Jason Morgan (Steve Burton) may be a partner in those. In Port Charles, there are businesses Sonny owned – Pozzulo’s Restaurant, Volonino’s Gym, and the Corinthos Coffee business which also at times has operated freestanding coffee bars and supplies most of Port Charles’ businesses with coffee products. Sonny and Jason also owned the garage that Brando Corbin (Johnny Wactor) is now in charge of, but that was a gift to Brando from Sonny. Although General Hospital does not provide us with how much money is made off of all those businesses, it stands to reason that it would be a substantial amount!

GH Spoilers – What Is Laura Wright’s Net Worth?

Now General Hospital viewers can contrast an imagined amount of what Carly is worth with a real amount of what Laura is worth! Laura’s best known role, of course, is of Carly on General Hospital. She is said to have a net worth of ten million – at least as much as if not more than Carly. Some other interesting facts are that Laura was born in Washington, DC in September 1970, making her pretty close to Carly’s onscreen age. Laura has played in more than 1800 episodes of General Hospital as Carly, having taken over the role in 2005. Previously, she was on the ABC daytime drama Loving as Ally Prescott from 1991 through 1995.

She followed that role with another “Ally”, Ally Bowman on The City from 1995-1997, and finally got another character name when she played Cassie Winslow on The Guiding Light from 1997-2005. Laura has also won several awards; a Daytime Emmy Award for Outstanding Lead Actress in a Drama Series in 2011, for her role as Carly in General Hospital; and nominated for the same award five more times, for the same role. Laura also won a Soap Opera Digest Award in 1998 for Favorite New Character. That was when she played Cassie in The Guiding Light. She was also nominated for Soap Opera Digest Awards in 1993 for the role of Ally Prescott for Outstanding Younger Leading Actress for Loving, and in 1994 for Loving’s Hottest Female Star.

Days Of Our Lives (DOOL) Spoilers: Ben And Ciara At A Crossroads – Fireworks For Paulina