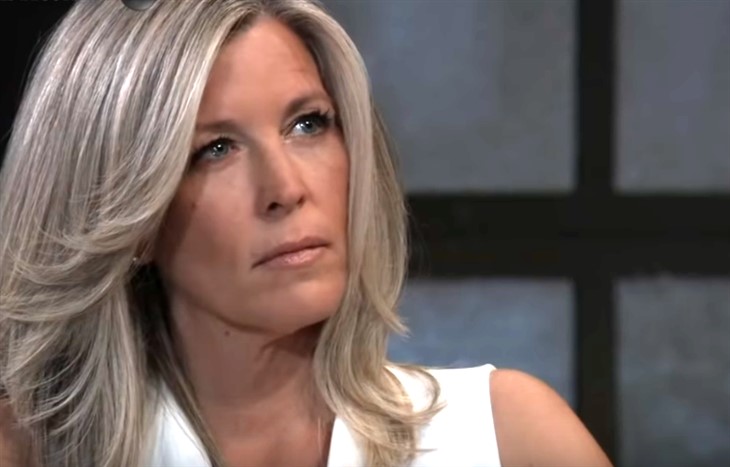 General Hospital spoilers show Carly Corinthos (Laura Wright) is someone that you could definitely describe as the ultimate “ride or die chic.” There’s nothing that she wouldn’t do for her husband, Sonny Corinthos (Maurice Benard), her family, her loved ones, and of course, the ‘family business’ of trying to keep the crime-ridden streets of Port Charles clean.

But she’s also someone who has been around this fictional town long enough to have seen plenty of heartache, loss, sadness, depression and despair to know better than to end up on the wrong side of the streets. But at the same time, there have been plenty of good days too with lots of joyous memories in between. But because Carly has been around for so long, a lot of people can’t help but ask this same question: how hold is Carly on General Hospital? Luckily, we’ve got the answer you need right here!

General Hospital Spoilers – How Old Is Carly On GH?

It goes without saying that Carly Corinthos is a strikingly beautiful woman. It’s no wonder that Sonny and Jasper Jacks (Ingo Rademacher) have been fighting over her for so many years now. That, and her ‘best friend’ Steve Burton (Jason Morgan) has also been keeping close to her and refuses to leave her side.

Carly’s beauty is a combination of her strikingly bright blue eyes, her megawatt style and of course, that perfectly coifed blonde hair. Many General Hospital fans would also say that Carly also has the “mob’s wife” look down to a T. There isn’t a day that goes by that she doesn’t look head-to-toe glamorous, but in an understated way.

Carly Corinthos was born on November 5, 1973 in Jacksonville, Florida. She is the daughter of the late attorney John Durant and Bobbie Spencer, whose pregnancy was the result of a one night stand. She never had dreamed of being in the position that she is in today or being a mob boss’ wife for that matter. Yet, here she is. Carly Corinthos is 47 and while that might seem to be a fairly young age for someone who has gone through so much in her life (including the death of her son, Morgan Corinthos), she still has so much life to live ahead of her.

Plus, if Carly can survive some of the things that she has already dealt with in the past, there’s no doubt that she is capable of taking her future head on. Watch this space as we have a feeling that there is so much in store for Carly and especially as she nears the next decade of her life.