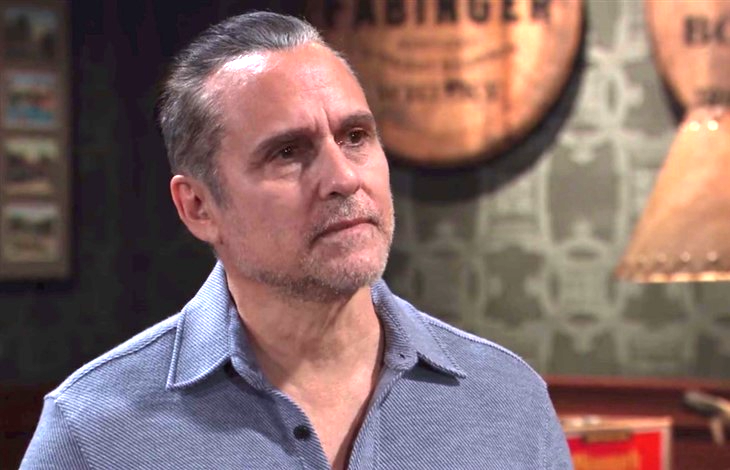 General Hospital (GH) spoilers for Wednesday, September 1, 2021, reveal Jasper and Josslyn Jacks ready to dig into the best spaghetti sauce in the entire world, but will Joss get a clue?

Trina (Sydney Mikayla) has been saving that spaghetti sauce she got in Nixon Falls for a special occasion and here it is. Her BFF is ready to make the perfect dinner for her dad and Trina has the perfect sauce for Joss (Eden McCoy). It’s the sauce Phyllis gave her when she wandered into a bar that’s always empty one night when she and Joss took a trip to the Pennsylvania side of the river.

Now, Joss is about to take a taste of that special spaghetti sauce she has known much of her life courtesy of her stepfather, The Great Sonny Corinthos. Will she recognize it or just think, hmmm, this flavor is familiar but I just can’t place it? Or will she know? Maybe she will give a taste to Carly (Laura Wright) who will know right away and then beam herself to Nixon Falls as fast as she can. We can’t be so lucky as to get those scenes now, right?

GH Spoilers – Over In Nixon Falls…

Meanwhile, Sonny (Maurice Benard) is as oblivious as ever that Nina (Cynthia Watros) knows exactly who he is and he’s pretty much thinking about how he can finally get her into bed. Did he cook his extra special sauce to woo her and make it happen? Whatever he does, Nina backs away and can’t go through with it. There’s that nagging guilt again….

As Sonny kinda-sorta tries to cheat on her, Carly is very worried about the mob and decides to turn to Brando (Johnny Wactor) for help. Brando already told her that he doesn’t want that kind of life anymore, but what does Carly care? If she has to live this life (by choice), so does everyone else.

Carly seems to be having a cow as she wants Gladys (Bonnie Burroughs) out of her way as well. She also asks Jason (Steve Burton) how they can defeat Cyrus Renault and the Five Families.

It was supposed to be a romantic getaway in Saint Lucia where Liesl (Kathleen Gati) planned to have some fun with Scott (Kin Shriner) and finally complete the mission on the side. But did Peter August (Wes Ramsey) already catch onto the mission? Who could have made sure they had plane trouble? With her mother seemingly missing, Britt Westbourne (Kelly Thiebaud) is determined to find out. Stay tuned to General Hospital weekdays to see how these stories play out.