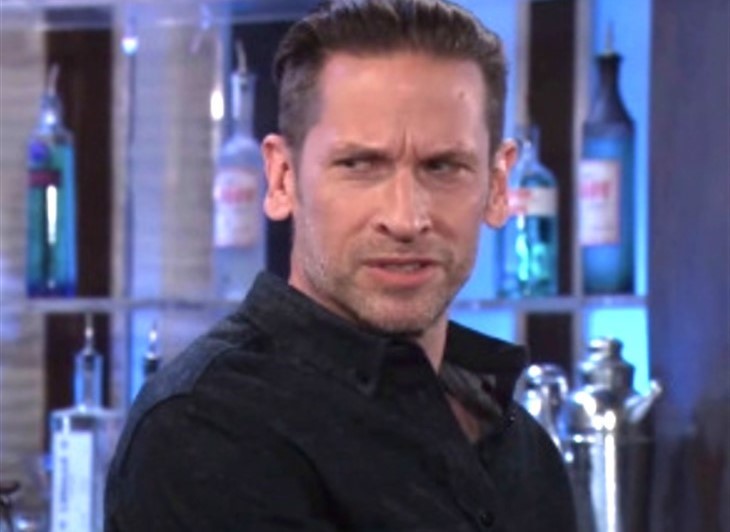 General Hospital (GH) spoilers for Wednesday, July 14, 2021, reveal the in Port Charles, NY Quartermaines (but not the audience) shocked that there would be another claimant to the ELQ throne

It looks like Franco and Scotty (Kin Shriner) are a team again except this time the role of Franco is being played by Austin Holt (Roger Howarth), son of Jimmy Lee, and grandson of Edward. Monica (Leslie Charleson) seems to be the only person who understands what is going on as she remembers Jimmy Lee well and nobody else in that living room has much of a clue.

Brook Lynn (Amanda Setton) is freaked out by Austin being a Quartermaine because Maxie (Kirsten Storms) could be correct. What if Austin did see Maxie hand the baby to Brook Lynn and doesn’t remember? Or what if he recognizes something about Bailey Louise if he gets too close to her?

Meanwhile, Maxie breaks down and tells her whole sordid tale to Nina (Cynthia Watros). She just couldn’t keep it in anymore and explains how Bailey really is her baby because she gave the baby to Brook Lynn to protect her from Peter.

Nina is actually horrified to hear this because she sees how attached Valentin (James Patrick Stuart) is to this baby. She knows when he learns the truth — because the truth will come out — he will be heartbroken.

At the hospital, Valentin asks Anna (Finola Hughes) if she has any leads on Peter (Wes Ramsey) and she thinks she does. Will this lead send her straight to the General Hospital basement?

Nikolas is shocked when Spencer (Nicholas Chavez) walks through the door and Laura (Genie Francis) is absolutely thrilled. He says he is home to stay. We guess Trina’s (Sydney Mikayla) news that Ava (Maura West) is gone gave him the impetus to go home and reunite with his father. Stay tuned to General Hospital weekdays to see how this story plays out.

The Young And The Restless (Y&R) Spoilers: Will Tara And Sally’s BIG Scheme Come To Light?