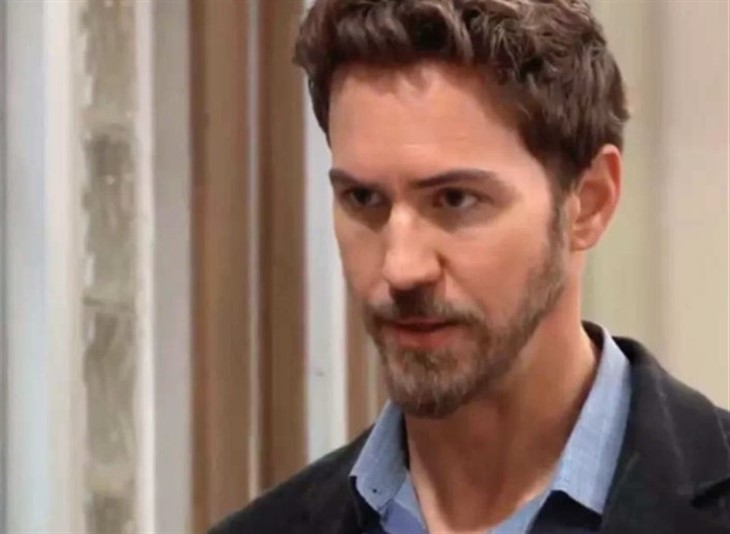 General Hospital (GH) spoilers for Tuesday, May 18, 2021, reveal Peter seemingly getting away with everything. Will he finally be caught before it’s too late?

Maxie (Kirsten Storms) feels as if Peter (Wes Ramsey) is stalking her at this point and he essentially is. She needs her space in order to plan the fake death of her baby but she also needs to keep Peter thinking she is slowly forgiving him to save Chase (Josh Swickard). After all, he seems to keep needing antidote doses from Peter to stay alive.

Willow (Katelyn MacMullen) and Chase both want to know what the heck is even wrong with him. Willow worries that Finn (Michael Easton) isn’t telling her the whole story and Chase outright demands answers cause he knows Finn is hiding everything.

Anna (Finola Hughes) can’t even help Finn now because she is too concerned with Sean Donely’s death. She also informs Robert (Tristan Rogers) they lost their friend.

Meanwhile, Valentin (James Patrick Stuart) doesn’t even know how he is now involved with the Peter Project as he moves into the Q mansion in anticipation of a baby that doesn’t exist. However, Olivia (Lisa LoCicero) wants him out and fast.

Britt (Kelly Thiebaud) knows she is needed for the birth of Maxie’s baby but Jason (Steve Burton) also needs her and she’s not about to leave him. However, she does make a phone call and Jason wants to know why she’d take that risk.

Does she tell him she’s about to fake a baby’s death just to protect that baby from the man who really killed Franco (Roger Howarth)?

The fact that Sasha (Sofia Mattsson) is pregnant with Brando’s (Johnny Wactor) child should not be Carly’s business but apparently, it is and she has no issue telling Diane (Carolyn Hennesy) the news. Does Diane also give her an update on her will that she wants to change? Maybe it’s time Diane knows just what Carly has been up to of late…

Over in Nixon Falls, Sonny (Maurice Benard) is on the Elijah case and someone involved with it looks familiar to him. Is this someone he recently met or is it someone from his past? Stay tuned to General Hospital weekdays to find out.