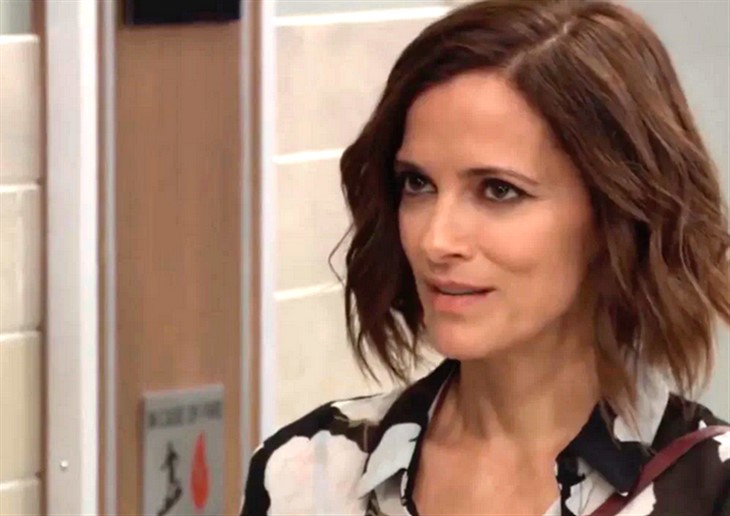 General Hospital Spoilers – This Is A Case For Dante Falconeri

Sam (Kelly Monaco) and Shawn (Sean Blakemore) thought they were going to get all the information they needed on Hayden (Rebecca Budig) when they made their way back to her mother’s motel room. Instead, they find that Naomi is dead and they need the police right away.

Sam calls Dante (Dominic Zamprogna) and he comes running as we expected him to do. After all, this is Sam calling, plus someone was murdered. The crime scene doesn’t present them with much evidence, but it looks like the search for Hayden just got a whole lot more dramatic. Just who was that man with Naomi and was he the one who killed her or was it someone else altogether?

GH Spoilers – The Teens May Get In Big Trouble

Nikolas (Marcus Coloma) is planning on leaving for a bit and letting Spencer (Nicholas Chavez) have Wyndemere all to himself. That means Trina (Sydney Mikayla) wants a party on the island in a big mansion. So, she begs Spencer to throw one and he agrees. This is bound to cause much chaos and we may even see a little romance, but our guts tell us that there is going to be danger on Spoon Island.

As Ned (Wally Kurth) worries that Austin (Roger Howarth) may really have a case and a claim to ELQ, Austin is busy trying to convince Chase (Josh Swickard) to help him, which would, in turn, hurt Michael (Chad Duell). Chase has a point. Why not hurt Michael on his way out of his and Willow’s lives. All Chase has to do is pretend to be paralyzed just a bit longer and help Austin find the papers that prove he is a Q and has an inheritance.

Elsewhere in the hospital, Monica (Leslie Charleson) checks on Willow (Katelyn MacMullen) because Monica is intuitive and can tell this woman does not want to be married to Chase at all. Will Willow confess to her grandmother-in-law that she is living a lie? Stay tuned to General Hospital weekdays to see how this story plays out.