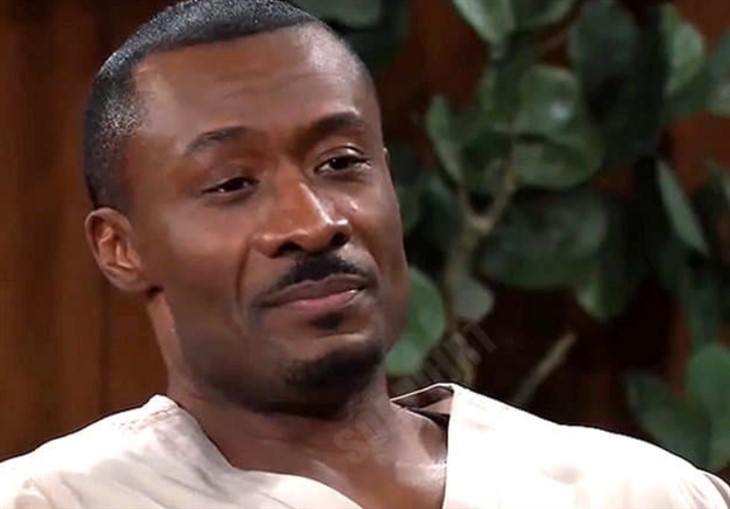 General Hospital (GH) spoilers tease that although Cyrus Renault’s reign of terror is over in Port Charles, at least for now, but the devastation he left behind won’t easily be forgotten. Cyrus tried to make a lot of victims in Port Charles, including Police Commissioner Jordan Ashford (Brianna Nicole Henry). Jordan found herself keeping secrets from her husband Curtis Ashford (Donnell Turner) and it was those Secrets But ultimately cost her their marriage.

General Hospital spoilers – Jordan Ashford Believed She Was Doing The Right Thing By Keeping Curtis Ashford In The Dark.

Jordan had very good reasons for keeping some of the secrets that she did from Curtis. She was trying to protect him from anything that would get him too close to Cyrus. But Curtis didn’t see it that way and after I separation Curtis and Jordan have decided to get a divorce.

Lonely Jordan Ashford may not be able to resist Shawn Butler’s (Sean Blakemore) if he even looks in her direction. And for his part, Shawn has been in prison for several years and should be quite ready to get passionate with a beautiful lady. I don’t look for the two of them to become romantic, at least not yet.

General Hospital Spoilers – Shawn Butler Will Make It His Mission To Find Out Who Really Shot Hayden Barnes!

As much chemistry as Shawn and Jordan will have, Shawn’s first priority will be to investigate who really tried to kill Hayden Barnes (Rebecca Budig), the crime Shawn has been incorrectly during time in Pentonville for. And not investigation is likely to bring conflict between Jordan and Shawn. Jordan won’t want him to put himself in danger but Shaw,n has been waiting a long time to find out what really happened, and you won’t rest until he gets answers whether Jordan likes it or not. So any potential romance between the two will have to wait because these two will have sparks flying all over Port Charles!

Will Shawn and Jordan find themselves passionate for one another? Well they keep things casual or could they eventually be talking about romance? But as Shawn gets closer and closer to the truth about Hayden, will Shawn and Jordan continue to butt heads, even if they agree to keep their passion casual? Evening casual affairs can have long-term impact in Port Charles, so stay tuned to General Hospital airing weekdays on ABC. And don’t forget to check back right here regularly for all your General Hospital news, information and spoilers!

Days Of Our Lives (DOOL) Spoilers: The End Of Eric And Nicole – Xander Pays The Price