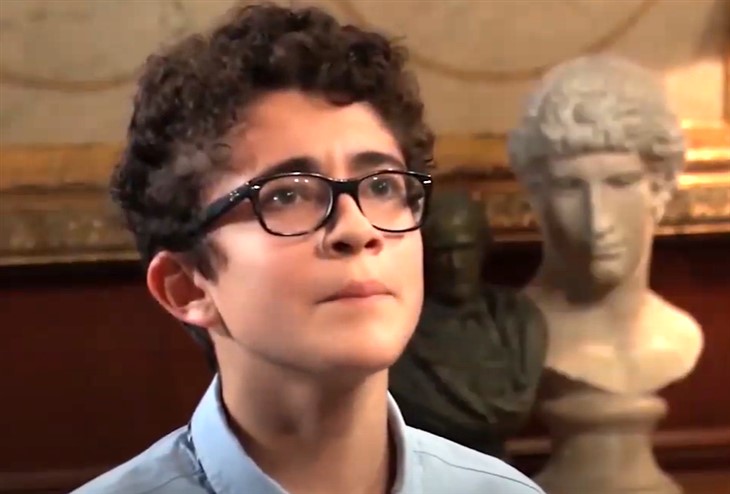 General Hospital (GH) spoilers and rumors tease that Spencer Cassadine (most recently Nicolas J. Bechtel) and Hayden Barnes (Rebecca Budig) may be working together on revenge against Nikolas Cassadine (Marcus Coloma) for running her out of town in future episodes of General Hospital!

General Hospital viewers will remember that back when Nikolas was first revealed as alive, staying with Jasper “Jax” Jacks (Ingo Rademacher), Hayden was with him. Apparently, the two were still married, since Nikolas wasn’t really dead.

General Hospital spoilers show that he was rescued by some fishermen after being shot out of the window of the Cassadine castle on Cassadine Island in Greece by Valentin Cassadine (James Patrick Stuart). He spent many months recuperating in Cyprus, and apparently Hayden, pregnant with Violet Barnes (Jophielle Love) at the time, reconnected somewhere in Europe.

It was revealed that Nikolas had gotten mixed up with Cassandra Pierce (Jessica Tuck) during that time as well, and after he and Hayden got back to the United States she had a nanny caring for Violet and he was driving Cassandra all over the place including in Canada. It had been Nikolas who had intercepted Cassandra as she had been transferred back to the WSB medical facility after Dr. Hamilton Finn (Michael Easton) had brought her out of her coma and rescued Anna Devane (Finola Hughes) who had been kidnapped!

But when Nikolas and Hayden had returned to Port Charles, he had become obsessed with retrieving his fortune from Valentin and had Hayden looking around in Wyndemere Castle, where Valentin had moved into to find a codicil that Mikkos Cassadine (John Colicos) had updated his will with and had disinherited Valentin. General Hospital viewers will recall that Nikolas overheard Hayden making a deal with Valentin, arranged for her to be assaulted on the pier, with Nikolas “saving” her and then driving her away from Port Charles in fear. She left Violet with Finn and Anna.

Many General Hospital viewers think Nikolas had her killed – because later he married Ava Jerome (Maura West). How could he do that if Hayden was alive and they were still married? After all that time with Hayden helping Nikolas he turned on her!

General Hospital viewers will recall that Hayden adored Spencer, and the feeling was mutual. Spencer has spent the past few years in a private school in France, where his grandmother Laura Spencer (Genie Francis) had put him for his own safety. She had become his guardian after Nikolas’ presumed dead for five years and was as angry as Spencer and the rest of his family to find out he’d been faking his death and hadn’t kept them in the loop!

Other General Hospital spoilers and rumors tease that Hayden’s mother, Naomi Dreyfus (most recently Robin Riker) will be returning to Port Charles out of the blue and wanting to spend time with Violet. She’ll show up looking for Finn and he’ll lambast her for not contacting him after Hayden’s disappearance. She won’t know where Hayden is either, but she may be lying.

Recently, someone has been stalking Ava and Nikolas and leaving more and more bizarre, morbid, and threatening gifts – copycatting Ryan Chamberlain (Jon Lindstrom) or at the very least alluding to him. A severed anatomical hand and a knife through a photo of Nikolas and Ava together in a door at Wyndemere Castle with bizarre poetry have been the latest “gifts”!

General Hospital spoilers and recaps confirm Spencer can’t stand Ava, and if he and Hayden have teamed up and Hayden isn’t divorced from Nikolas they will both be mad at Ava but even more at Nik! Nikolas would be committing bigamy since Hayden has never been officially and legally declared dead. It doesn’t take much imagination to come to the conclusion that Hayden and Spencer could have reunited in France and have teamed up for revenge on Nikolas!