General Hospital (GH) Spoilers: Nurse Chloe And Peter May Be Dead – Will Finn Be Able To Save Chase? 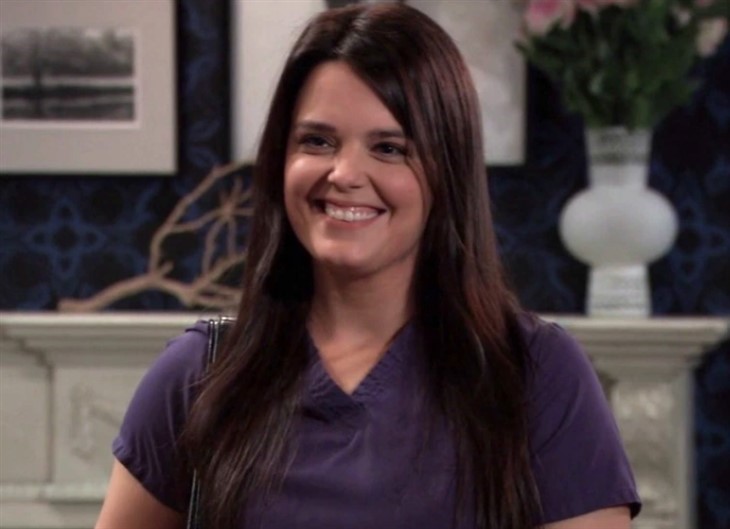 General Hospital (GH) spoilers and rumors tease that fake Nurse Chloe Jennings (Kimberly J. Brown) and Peter August (Wes Ramsey) may both be dead – eliminating access to the antidote for the toxin ingested by Harrison Chase (Josh Swickard). Will Dr. Hamilton Finn (Michael Easton) be able to save Chase using the formula in the old Sean Donely (John Reilly) file given him by Anna Devane (Finola Hughes) in a recent General Hospital episode?

General Hospital viewers will remember that fake Nurse Chloe was seen in a recent General Hospital episode with vials of a substance in a wall safe that looked like the antidote vials that Finn and Anna have needed for Chase. However, it was not clarified as to exactly where that safe was. It would have made sense that it may have been in Peter August’s office, but as Anna went to get another dose of the antidote from Peter, he had informed her that he had sold “The Invader” and was no longer going to have an office there. General Hospital viewers should note that the timeline has been working backward from the time that Peter August fell or was pushed down the stairs of General Hospital and shown with a large amount of blood pooling under his head.

He was obviously on his way to Pautuck, New York where he was going to kidnap Maxie Jones (Kirsten Storms) and baby Louise August (unknown baby actor) and take them to parts unknown after fake Nurse Chloe was to have induced labor. However, before Peter could get a start on his trip, he fell or was pushed down the stairwell, and Chloe had presumably met her death in a trap – possibly a bear trap built by Dr. Austin (Roger Howarth) who wound up delivering Louise in the woods as Maxie tried to flee from the psychotic nurse. If both Chloe and Peter die, all Finn has to work with to save Chase is the old WSB file with the formulas used to make an antidote for Tiffany Donely (Sharon Wyatt) years ago. Peter’s father, Cesar Faison (Anders Hove) had created that toxin – Peter claimed to have created a much better one on his own.

GH Spoilers – The Question Is, Was Peter August Telling The Truth Or Lying About Improving On His Father’s Toxin?

General Hospital viewers will remember that when Peter first revealed that Chase was suffering from the effects of a deadly toxin, he referred to the one that his father used on Tiffany. However, he bragged that he had created a much better one and outdid his father – but seemed to imply that he had built upon his father’s work in doing so. General Hospital viewers know that Peter is egotistical to the max and hated his late father and would brag that he had created a better toxin whether he did or not.

No one would be surprised if Peter had simply had access to the original formula and had it made. It is quite likely that he had the assistance of Cyrus Renault (Jeff Kober) in getting the toxin and the antidotes made up, because unless Peter had it made up overseas by DVX contacts, he would need a lab in the United States. Indeed, the safe Chloe was seen putting vials into could be in Cyrus’ office at General Hospital! If, however, Peter used his father’s formula and did not create his own, or even used his father’s formula and built upon it as he implied, Finn still has the key to the puzzle. The question is, how fast can Finn create an antidote from the formulas in the Donely file that will work? Time is of the essence!