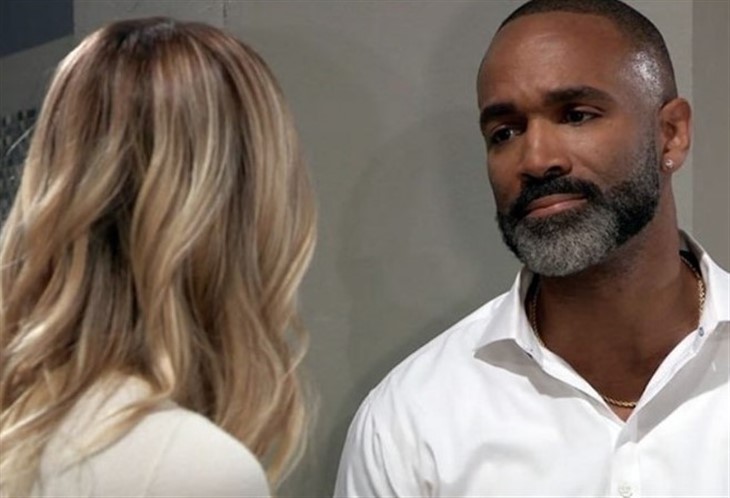 Typically, the Police Commissioner wouldn’t be speaking with a civilian on such matters, but Curtis was directly impacted by Jordan’s decision to keep him in the dark about faking Marcus Taggert’s (Real Andrews) death. This is just the latest in a long series of lies by omission that seem to be a constant with Jordan.

General Hospital Spoilers – Nina Reeves Has Already Proved She Won’t Tolerate Being Lied To About Her Long-Lost Daughter.

As viewers may remember, Nina Reeves was all set to marry Valentin Cassadine (James Patrick Stuart) a little over a year ago, but she dumped him at the alter when she found out he had been lying to her about Sasha Gilmore (Sofia Mattsson).

Valentin had hired Sasha to pretend to be Nina’s daughter when his search didn’t turn up the real deal. And now that she’s with Jasper “Jax” Jacks (Ingo Rademacher), the same thing is happening again. Jax knows that Nelle Benson (Chloe Lanier) was Nina’s real child. But since Nelle was such an awful person in Jax and Carly Corinthos’ (Laura Wright) eyes and is dead now, Jax has agreed to keep Nina in the dark. But Nina will likely find out the truth on her own, and when she does, Jax will be history.

Nina and Curtis are very close. He’s been there during her toughest times, and she has done the same for Curtis. But they have both been in relationships where their partner doesn’t feel the need to tell them important truths. Perhaps they should try dating each other. They already know they have great chemistry and always seem to bring out the best in each other. Of course, there has been speculation that Curtis will end up with Portia Robinson (Brooke Kerr) if and when he decides to end his marriage. But if Portia has been lying as well about Trina Robinson’s (Sydney Mikayla) father, it’ll be yet another relationship built on a lie.

Should good friends Nina and Curtis try a hot romance? Do you think either Jordan and Curtis’ marriage or Nina and Jax’s relationship will survive much longer? Should they? Lies are tricky things in Port Charles, so stay tuned to General Hospital airing weekdays on ABC. And don’t forget to check back right here regularly for all your General Hospital news, information and spoilers!