General Hospital (GH) Spoilers: Nikolas Turns To The Dark Side – Ready To Take Down Cyrus 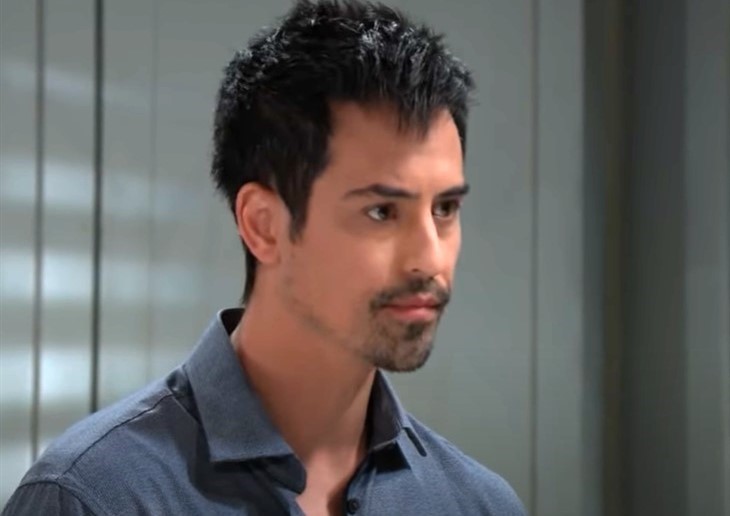 General Hospital (GH) spoilers indicate that Nikolas Cassadine is about to turn to the dark side. Nik entered an alliance with his uncle Cyrus Renault (Jeff Kober) to protect Alexis Davis (Nancy Lee Grahn) in prison. Now Cyrus is growing bolder and making threats against other family members. What lengths will Nik go to in order to protect his family?

General Hospital’s Laura Collins (Genie Frances) begged Nikolas to listen to reason when it came to Cyrus. Laura has been dealing with Cyrus for months to no avail. Carly Corinthos (Laura Wright) had Cyrus under control after she kidnapped his mother, Florence Gray (Annie Abbott). However, Nikolas chose to use Martin Gray (Michael E. Knight) to find Florence and turn her over to Cyrus. Nikolas has unleashed Cyrus on Port Charles and he is out to take over. Cyrus has even made his way into the meeting of the Five Families to try and cause problems. Carly Corinthos (Laura Wright) is trying her best to keep Cyrus under control but it isn’t making things any easier. Carly is only left to miss Jason Morgan (Steve Burton) and Sonny Corinthos (Maurice Benard) even more.

General Hospital’s Ava Cassadine (Maura West) may have backed Nik at the time. However, Ava later told Nik that she did not agree with his deal with Cyrus. Ava has dealt with the mob before, she used to run the Jerome mob family. Ava knew that Nik was opening himself and his family up to be controlled by Cyrus. Cyrus has now threatened not only Ava’s daughter Avery Corinthos (Ava and Grace Scarola) but also brought up Spencer Cassadine (Nicholas Bechtel) as well.

General Hospital’s Nikolas sees the mistake he made by releasing Cyrus on Port Charles. Now Nik realizes that Cyrus is a bigger threat than he thought and must take drastic measures to control him. Nikolas always said he didn’t want to be ruthless like his father. However, desperate times call for desperate measures. Nik sees that Cyrus isn’t going to be easily controlled. Unfortunately, Cyrus believes he can control Nik by threatening his family. Will Nik show Cyrus that he doesn’t ruin his life?

Cyrus needs someone to stand up to him and Carly cannot do this alone. Will Nik put his Uncle Cyrus in his place? Will the Cassadine side of Nik be a bigger threat than Cyrus believes it is? Can Nik stop Cyrus?