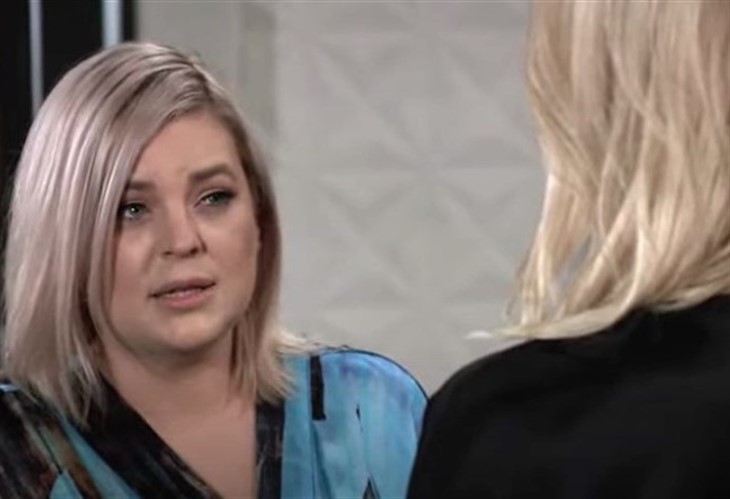 General Hospital viewers will remember how Britt, as well as others who care about Maxie, have been warning her that Peter is dangerous and not to marry him. She has not been able to see that because the two have been living together in her apartment for several months now, and he has hidden “Heinrik” very well! Maxie knows that she has not just rushed into a relationship with Peter, it has grown into love over time.

She has been confident that Peter really is the man that she thinks he is, even though Britt has tried to convince her that Peter is showing what he wants Maxie to see. But still, there has been that nagging feeling that she cannot make go away; she has never felt the peace from beyond from her late husband Nathan West (Ryan Paevey) that she thought she would feel. And now, as she had been so excited to begin her married life with him, Peter seemed to be nowhere to be found!

Everything went wrong – Anna Devane (Finola Hughes) didn’t show up either. Little did Maxie know that Peter was confronting Anna over something Maxie would not have been wanting to even believe! Because Nathan was good, and he and Peter had the same father, and Britt had the same father too, Maxie sees good in Peter. Why shouldn’t she? Britt made some mistakes but she’s not anywhere near the level of evil that Cesar Faison (Anders Hove) was!

Maxie is starting to consider the advice of her sister-in-law Britt. Perhaps she should take a step back to get some clarity; and for that yearned for sense of peace and approval from Nathan. She had waited this long to make sure things were right, perhaps it would not be so awful to wait a little longer. Plus, as Britt also mentioned there is someone else who will be affected by Maxie’s decisions – her baby. Maxie is almost ready to give birth and since the original wedding day has gotten so fouled up perhaps she should postpone! It’s not cold feet – it’s not breaking up – it’s just using her common sense for a change.

What is best for her and Peter’s baby girl is best for Maxie, and she has to think like a mother. Maybe it has just been bad karma all around and the timing for the wedding wasn’t right, considering what happened! Stress is not good for her and the baby either and trying to get everyone together and rounded up and rescheduled at this late date in her pregnancy is just adding stress! Is she rethinking her opinions of Peter? Some of the things about him she had been warned about are starting to make sense whether she admits it or not. She will take a step back – a short step – and then she will decide whether she wants to move forward or not move on the marriage at all!