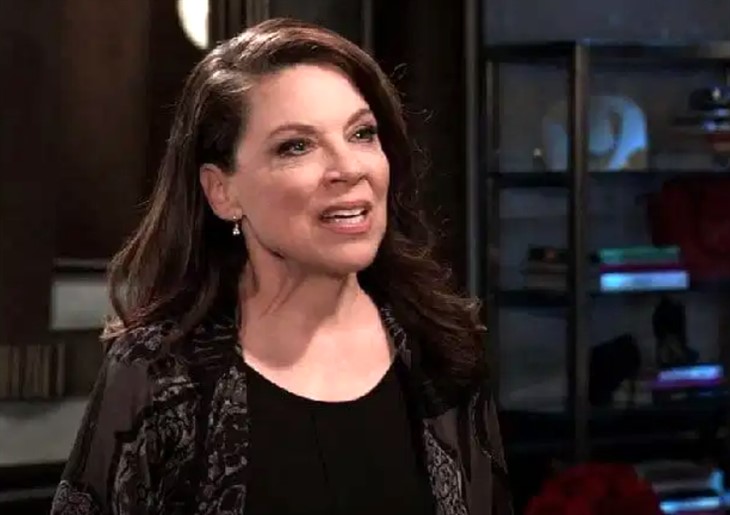 General Hospital Spoilers – Liesl Obrecht Protects What Is Hers

General Hospital’s Liesl believes in protecting her daughter even if she doesn’t always get along with her. Liesl knows that Britt has grown close to Jason and isn’t going to stand by and just like Carly take him from Britt. Liesl knows how much Jason cares about Britt since he sent her to Britt in Canada. Liesl doesn’t believe she has misjudged Jason. Perhaps Liesl even knows that this arrangement has something to do with the mob. Will Liesl take matters into her own hands and make Carly disappear? If something does happen to Carly, will the mob be blamed instead of Liesl? Could Liesl’s actions cause a mob war to break out in Port Charles?

General Hospital’s Jason is not happy with Carly’s latest actions. Carly went after Britt and told her that Jason cared nothing about her. When Jason learns what Carly has done, he is furious. Jason could need some time away from Carly for a little while and give Liesl the perfect opportunity to kidnap Carly. After all, Jason being upset with Carly is nothing new. Jason will certainly run to Carly’s rescue as soon as he realizes something is wrong. However, it doesn’t take but a minute for Carly to disappear. Would Liesl take Carly away from two young children so that Britt can be with Jason?

General Hospital’s Britt has done some pretty underhanded things herself. However, Britt is upset with how easily Jason has dismissed her. Britt would not want Jason if he didn’t choose her. Britt learned that her manipulations don’t work after not only what happened with Patrick Drake (ex-Jason Thompson) and Nikolas Cassadine (Marcus Coloma). Besides, Jason has proven that Carly is more important than she is to him. Will Britt try to make her mother do the right thing if she does kidnap Carly? Will Jason blame Britt for her mother’s actions if Carly is kidnapped?

Liesl has often taken things into her own hands when someone was in her way. Liesl knows about Britt’s Huntington’s Disease and wants her daughter to be happy. Liesl has no idea how much time Britt has but she wants her to experience true love. Will Liesl try to eliminate Carly’s as competition for Britt? Will Liesl succeed in stopping this wedding?

Days Of Our Lives (DOOL) Spoilers: Chanel Has A Confession For Allie – Bonnie Devastated