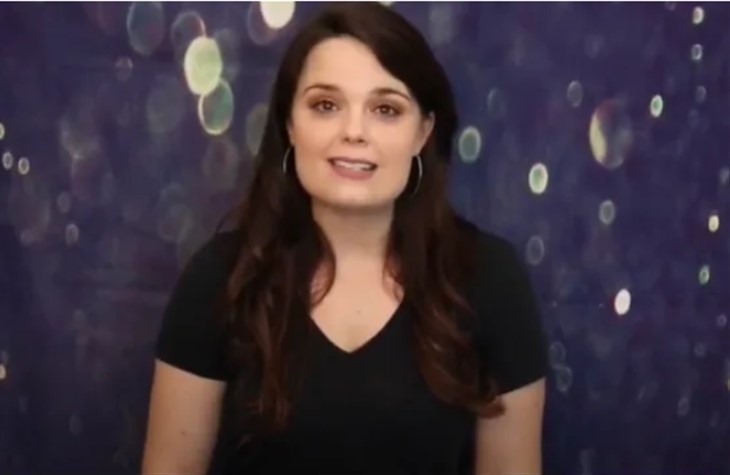 General Hospital spoilers say that if she looks familiar, that’s because she’s certainly no stranger to the daytime television world. Actress Kimberly J. Brown, who is best known for her role as Marah Lewis on Guiding Light, is back on the canvas again, but this time she’s in Port Charles. Here’s what you need to know.

General Hospital News – Kimberly J. Brown Is Thrilled To Be Back On The Canvas

The actress is playing a character by the name of Chloe Jennings, who was hired by Peter August (Wes Ramsey) in the hopes that she can help pry away his baby Louise August after Maxie Jones (Kirsten Storms) gives birth (whenever that will be).

And while Kimberly says that she didn’t really know much about the role when she first accepted it, she’s certainly very excited to be back on daytime television again. After all, it’s been many long years for her.

Kimberly told Soap Opera Digest in a new interview, “I wasn’t told a ton about her, but it seemed like a really fun character. Two days later, they offered me the part. I haven’t done a soap since Guiding Light, so I’m just thrilled to be doing something in the daytime again. It feels like going back to something that holds a special place in my heart and getting to do it as an adult. It gives you all the nostalgia and all the great memories of when I was a kid.”

The actress also says that she was excited to find out that her character is someone who is up to no good with Peter August, no less. She also said that she loves working with both Wes Ramsey and Kirsten Storms, whose characters are trying to outwit one another in this current storyline. Kimberly added, “I love that she has that nice nurse side and also has a very dark side. It’s unlike anything I’ve ever done before, so it’s exciting to do something completely new as an actor.”