General Hospital (GH) Spoilers: Jason Is Still In The Center Of Carly And Sam’s Worlds – But Not Quite 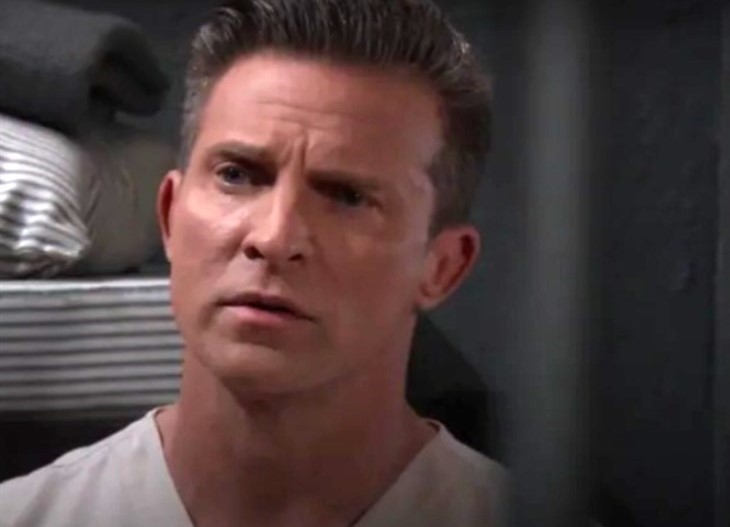 General Hospital (GH) spoilers say that regardless of where he goes, what he does, or what happens to him, you can bet your bottom dollar that there will be two women in Port Charles who will always have Jason Morgan (Steve Burton) on their mind – but for totally opposite reasons, of course. Both Carly Corinthos (Laura Wright) and Sam McCall (Kelly Monaco) are worried about Jason, his fate, and his future. Read on for all of the latest spoilers.

According to the latest edition of Soap Opera Digest, General Hospital head scribes Chris Van Ettan and Dan O’Connor preview what’s next for Jason and the two women who are constantly in his inner circle. They say that Carly is determined to help Jason escape not only from Pentonville but also from the clutches of the most dangerous man in Port Charles right now: Cyrus Renault (Jeff Kober).

The writers say that Carly is not only determined to help Jason escape from Pentonville, but also from Cyrus’ clutches. And of course, she’s going to need some help. They put it this way, “The clock is ticking because the big meeting with the Five Families is approaching and it’s expected that Jason will need to step in and sit at the head of the table for the first time. While Jason is on the run, Carly has a choice to make about Sonny’s businesses and who, ultimately, should sit at the head of the table and wield the power that comes along with it.”

GH Spoilers – What’s Next For Dante Falconeri And Sam McCall?

Now, as far as Sam is concerned, she and Dante Falconeri (Dom Zamprogna) are also on this case. At the same time, it seems like these two are slowly but surely realizing that there might be something special between them.

The writers added, “Sam and Dante find themselves at opposites ends of an investigation Jason. This could bring them closer together or split this budding friendship apart.”