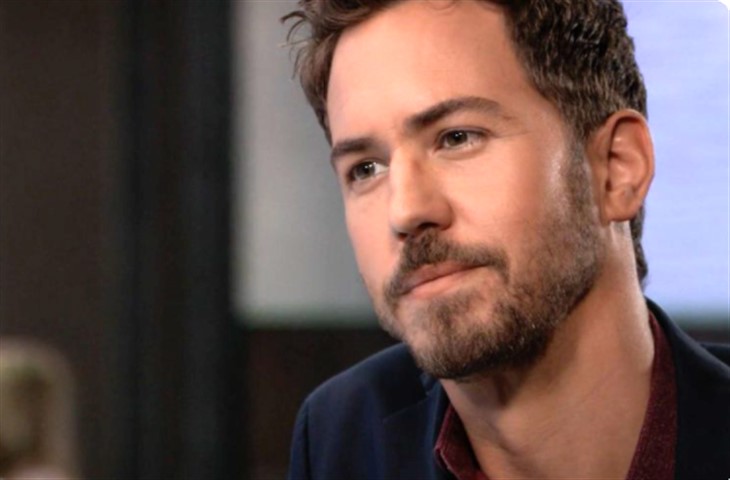 General Hospital (GH) spoilers say there’s no denying that Peter August is a very dangerous man. As a matter of fact, he might be one of the most manipulative and cunning people that Port Charles has seen. And just to think, this city hasn’t even seen the worst of what he can do just yet and that’s why he must be stopped at all costs – no matter what. Here’s what you need to know.

When Maxie Jones (Kirsten Storms) was falling in love with Peter, she thought she was falling in love with a good guy. He has been there for her ever since the death of her husband Nathan West and yes, the relationship between them did seem genuine for the longest time. But that’s mostly because Maxie did not know the truth about Peter, his past, and all of the things that he is capable of doing.

General Hospital spoilers say that Peter is indeed up to his wicked ways. Harrison Chase’s (Josh Swickard) future is in his hands. He knows that he’s wielding power from Anna Devane (Finola Hughes) and he likes it. Eventually, Anna will beg Peter for mercy, which is exactly what he wants to see. This man gets drunk on power and control.

If that weren’t enough, he’s also playing games with Maxie and their unborn child. Of course, Maxie will do everything she can to protect her daughter and keep her away from her evil father at all costs. But Peter is on it. He is one step ahead of Maxie and employs a fake nurse by the name of Chloe Jennings (Kimberly J. Brown). Maxie will have to work extra hard to keep her baby away from Peter, without knowing what he will do next to her or their child for that matter.

With that said, someone needs to take out Peter before it’s too late. Lives are at stake. Watch this space as we have a feeling that Peter is only getting started.

The Bold And The Beautiful (B&B) Spoilers: Liam Tips Off Thomas, Bill Attacked And Accused Of Murder?