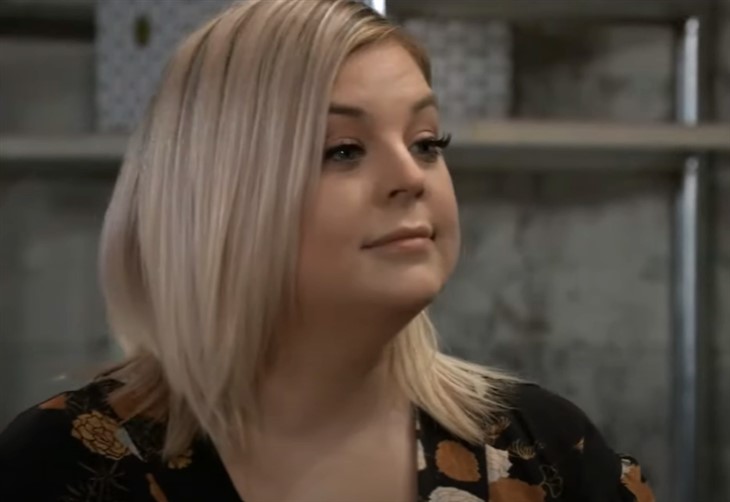 General Hospital (GH) spoilers indicate that Maxie Jones (Kirsten Storms) doctor suddenly wants to induce labor immediately. Is there a medical reason for this decision? Could Maxie’s daughter have the same heart condition that Maxie had as a child?

General Hospital’s Maxie had Kawasaki disease as a child. Maxie’s illness was a severe case that led to her needing a heart transplant. Kawasaki disease is a genetic disorder that can be inherited from the affected parent. However, the exact way that the disease is passed from parent to child is unclear. Genetic testing can pick up the disease but it is not necessarily done in all cases. Sometimes the disease doesn’t show up until after birth as well. Could the disease have been missed in Maxie’s daughter until now? Has Dr. Navarro (Christina Ferraro) found evidence of the disorder in Maxie’s daughter at this late stage of pregnancy? Is there something else wrong with Maxie’s baby that could put her life in jeopardy? Will Maxie’s daughter make it through delivery?

General Hospital’s Maxie was gravely ill when her cousin B.J. Jones (Brighton Hertford) was killed in an automobile accident. The school van that B.J. was traveling in was hit by a drunk driver and she was left brain dead. Tony Jones (Brad Maule) donated B.J.’s organs just in time to save Maxie’s life. Maxie’s daughter’s condition could lead to having a heart transplant as well. Perhaps Dr. Navarro believes an early delivery is the only way that Maxie’s baby has any chance of survival. Is Dr. Navarro pushing for induction to save the baby?

General Hospital’s Maxie told her sister-in-law that she was open for induction. However, Maxie and Britt Westbourne (Kelly Thiebaud) changed their plans afterward. A scheduled induction may have helped with the baby switch if Peter August (Wes Ramsey) could have been kept away from the hospital. Unfortunately, Britt is out of town because of the attack by Cyrus Renault’s (Jeff Kober) men. Inducing labor now would complicate both Maxie and Peter’s plans for the baby. Maxie or Peter’s plans could also be putting their daughter in grave danger if she has Kawasaki disease. How will Maxie protect her daughter if she needs medical treatment?

Although it is unclear why the doctor feels the need to induce labor at this time, there must be a reason. Is there a medical issue or does the doctor have another reason to want to induce? Can Maxie still protect her baby from Peter if she goes through with the induction?

The Young And The Restless (Y&R) Spoilers Tuesday, May 18: Can Sharon And Rey Go The Distance?

Days Of Our Lives (DOOL) Spoilers: Xander Plans To Kill Sami And Lucas – What Stops Him?