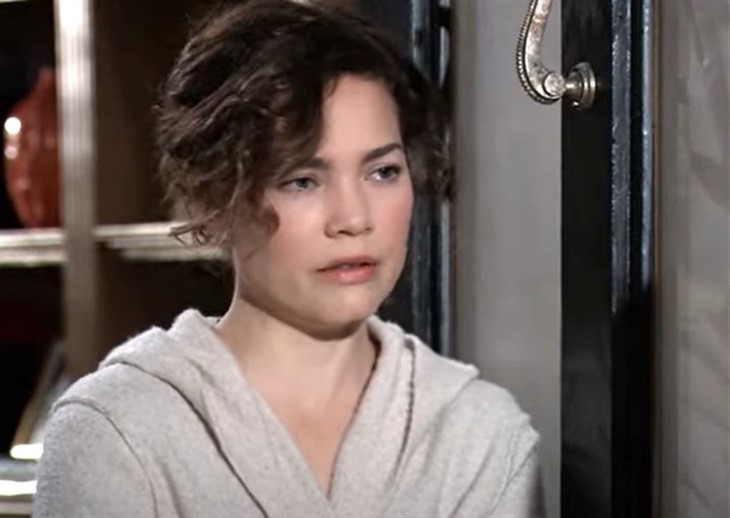 General Hospital (GH) spoilers tease that Franco Baldwin (Roger Howarth) was very concerned with making certain that Elizabeth Webber (Rebecca Herbst) and her three boys would be well cared for once he discovered his brain tumor was not only back but that it was inoperable this time.

Although typically, it is difficult for someone who is already dying to obtain life insurance, at least at an affordable price. But it seems likely that Franco found away. Perhaps his father, Scott Baldwin (Kin Shriner) was able to pull some strings. Regardless, there is little chance that Franco didn’t make certain that the financial issues that Elizabeth has struggled with as a single mom, are a thing of the past.

Although she knows that Franco loved her more than anything, she will still find herself shocked when she discovered that she is the beneficiary of quite a large sum of money! This should come as a huge relief to Elizabeth, because even as a successful nurse at General Hospital, she has still struggled with raising her three sons. And now with Cameron Webber (William Lipton) about to go to college, it won’t be a strain on anyone. But Elizabeth might very well decide to make some other changes.

GH Spoilers – Would Elizabeth Webber Leave Her Nursing Career Behind?

Because she has been an amazing nurse for so long by now, it’s easy to forget that nursing wasn’t Elizabeth’s original passion. Much like her late husband, Elizabeth was an artist. But having three boys and raising them by herself for most of their childhoods meant that she would need a more stable career. That’s when she became a nurse. There’s no doubt that Elizabeth is an amazing nurse, but if she had the opportunity and could swing it financially, there is every reason to believe that Elizabeth would return to the world of art. It won’t be the same as still having Franco around, but it should definitely make her feel closer to the husband she lost way too soon.

Did Franco find a way to take out a high paying life insurance policy on himself? Will Elizabeth realize that Franco wouldn’t leave without making sure Elizabeth would be ok? Could a less urgent need for income lead Elizabeth away from nursing and back into her first passion, art? Career changes are extremely common in Port Charles, so stay tuned to General Hospital airing weekdays on ABC. And don’t forget to check back right here regularly for all your General Hospital news, information and spoilers!