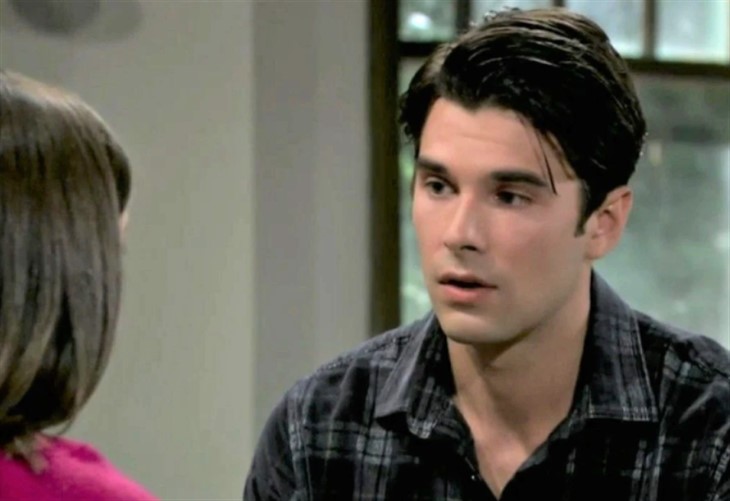 General Hospital (GH) spoilers reveal that Harrison Chase (Josh Swickard) kept pushing to go home, not realizing his true diagnosis. However, he will take another turn for the worse, which sends Anna Devane (Finola Hughes) into a panic. She begs Peter August (Wes Ramsey) for another dose of the antidote. However, Peter wastes time playing mind games with Anna instead.

GH spoilers reveal that there are only a few people that know about Chase being poisoned. Even Chase himself doesn’t know the truth. However, slowly more people will find out the truth as time goes on. Last week, Elizabeth Baldwin (Rebecca Herbst) learned the shocking truth, as well as Peter, being the one that murdered Franco Baldwin (Roger Howarth). Still, the information is extremely limited and they are having to play Peter’s games to make sure that Chase stays alive.

Just last week, Chase kept telling Hamilton Finn (Michael Easton) that he wanted to be discharged and go home. However, Finn advised against it. This week, we will see Chase take another turn for the worse, per Soap Opera Digest. The last time that this happened, Willow Tait (Katelyn MacMullen) screamed. Then, she had to stand there with her guilt and secret.

Meanwhile, Chase kept talking about how the only thing he is certain of right now is Willow. Each time that Chase takes a downward spiral, it will push Willow and Michael Corinthos (Chad Duell) apart, forcing her to stand by Chase.

General Hospital spoilers reveal that Anna will beg Peter to give Chase another dose of the antidote. However, Peter isn’t rushing to save Chase. He will play mind games with Anna and considers Chase to be collateral damage. The work that Anna did with Peter has pretty much gone out the window. He blames her for betraying him and for him losing everything, including Maxie Jones (Kirsten Storms) and their unborn baby.

Why Sam And Dante Just Does Not Work On General Hospitalhttps://t.co/HnrAhbBcpP

Actor Wes Ramsey spoke to SOD about the storyline. When explaining why Peter has gotten so much worse, he said, “Peter’s hard-won sense of conscience melted away with the ultimate betrayal at the wedding. He wants to exert control — because it was taken from him; he wants to enact pain — because it was inflicted on him; he sees her as the symbol of all of this.

However, the end has to come sometime. Will Chase survive the ordeal or could Peter do the unthinkable just because he can? What will finally bring down the villain? We will have to keep watching the ABC soap to find out how this story ends.