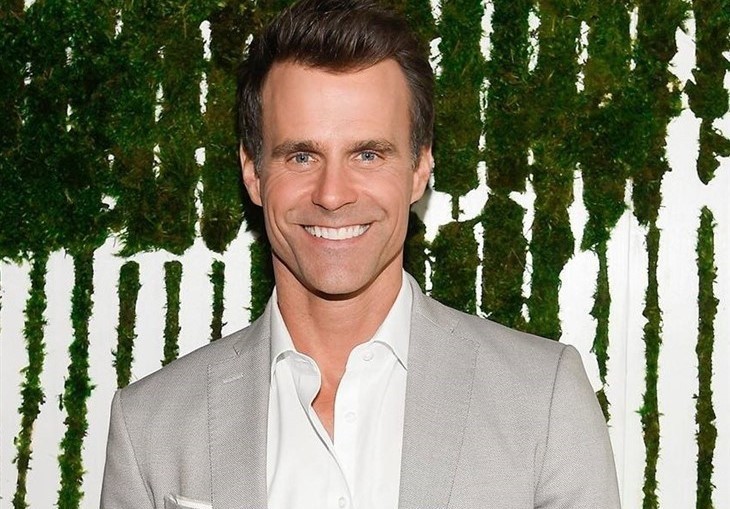 General Hospital (GH) spoilers tease that daytime vet Cameron Mathison is filming scenes on the ABC soap and fans are going wild with anticipation over his new role. Who is he? That is a closely guarded secret at the moment and although he recently dished on a Soap Opera Digest podcast about his new gig, he was careful not to give away the big reveal.

Keep reading to find out more about Cameron’s thoughts on a new soap beginning.

“I am loving every second of it,” he said. “It feels in many ways like coming home … just coming back to daytime after 10 years.” He was last seen as Ryan Lavery on ABC’s All My Children and went on to star in Hallmark movies as well as host Home & Family for the network.

Did he miss the genre after leaving AMC? According to the soap star, “It has got a very, very special place in my heart. It’s one of the best fits of anything for me in how I like to work and what I like about acting.”

GH Spoilers – Who Will Cameron Mathison Play On GH?

So how did it come to be that this fan fave has returned back to daytime? He was the one who made an inquiry of GH brass. He did so when Home & Family reduced its taping schedule and later the show was cancelled so his timing was impeccable.

He already has one hardcore fan in his wife Vanessa! When they met, “she only watched General Hospital so she’s very excited that I’m on the show!”

Cameron Mathison is a 100% soap pro so he knows enough not to spill any major secrets, but he did reveal a little bit of background about his shadowy character. The secrecy was so tight in the beginning that he was, “given little decoy names of characters and storylines.”

He also reveals that his new GH character is “very different” from Ryan. What does that mean? It can mean any number of things, and former AMC fans have a leg up on the competition when it comes to guessing what Cameron Mathison means by this.

We don’t want to give too much away, but in general Ryan was a good guy, sometimes conflicted, and a bit of a ladies man. He was also savvy and brave. Sound like anyone from GH’s past?