The Bold And The Beautiful (B&B) Spoilers: Will Finn Knock Steffy Off Her Pedestal – Liam’s Not All To Blame 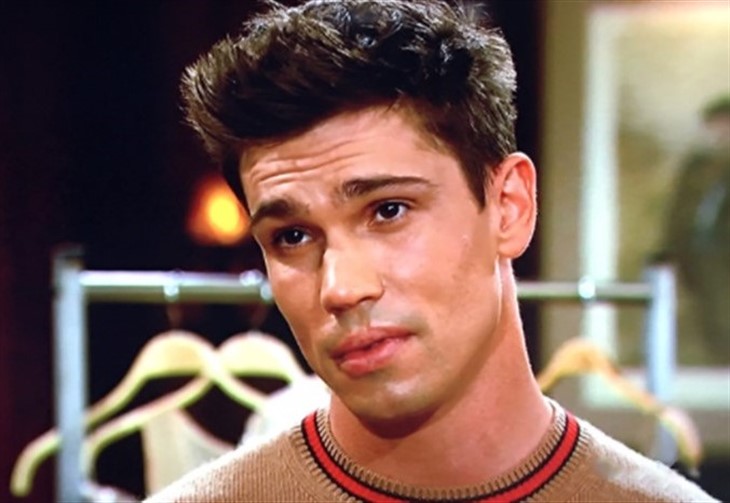 The Bold and the Beautiful (B&B) spoilers document that in Los Angeles Steffy Forrester’s (Jacqueline MacInnes Wood) recognition of John Finnegan’s (Tanner Novlan) behavior telegraphs to trouble. Finn’s animus toward Liam Spencer (Scott Clifton) is to be expected. But the recent verbal battle both men had implies more than a protective stance is being taken.

Steffy holds no ill-will toward Liam. She loves him, on some level. Finn is choosing to believe that Liam is a narcissist, rather than being able to accept that a Steam connection will likely always exist and can’t be fully controlled.

The Bold And The Beautiful Spoilers – Control Is The Future Issue?

As a doctor, Finn is used to taking action. He doesn’t sit by and allow people to suffer. Instead he uses developed, God-given talent to improves lives when possible.

Finn is basically following a procedure he’s put into practice in the medical field. He’s diagnosed Steffy’s problem as Liam. Now, the aim is to break Liam’s focus.

Rather than allowing Liam to continue on the same path he’s walked on, meaning Steffy and Hope Spencer’s (Annika Noelle) lives, Finn is determined to alter reality. Whether force will be used is a good question to ask.

Liam is believed to be the father of Steffy’s child. Buzz indicates that reality will be reversed.

Fans of Steffy and Finn are hoping rumors prove true as soon as possible, or if necessary, after Wood returns from her maternity leave. It would be best, assuming Finn is the father, for him to be able to welcome his child into the world.

But even if Liam simply remains Kelly Spencer’s (Avalon and Colette Gray) father he’ll still be significantly involved in Steffy’s day-to-day life. That naturally sets up many potential points of conflict between Finn and Liam that can be mined in daytime.

The Bold And The Beautiful Spoilers – Angst Takes Disturbing Turn

Finn expressed a deep anger that viewers haven’t seen before. It’s reasonable to believe that his feelings are steeped in Liam’s questioning of his medical ethics during the time when Sinn was forming. As viewers recall Finn was initially Steffy’s doctor before they fell in love and Novlan’s character stepped back from her care.

It could be possible that Finn has anger issues, as fans know very little about his backstory. Steffy, being the new love of his life, is his direct focus. With that comes the potential for her to become his target of control.

Royal Family News: Prince Harry Talks To The Queen More Than Any Other Royal