General Hospital Spoilers: Will Elizabeth Webber Have A Change Of Heart About Jason Morgan? 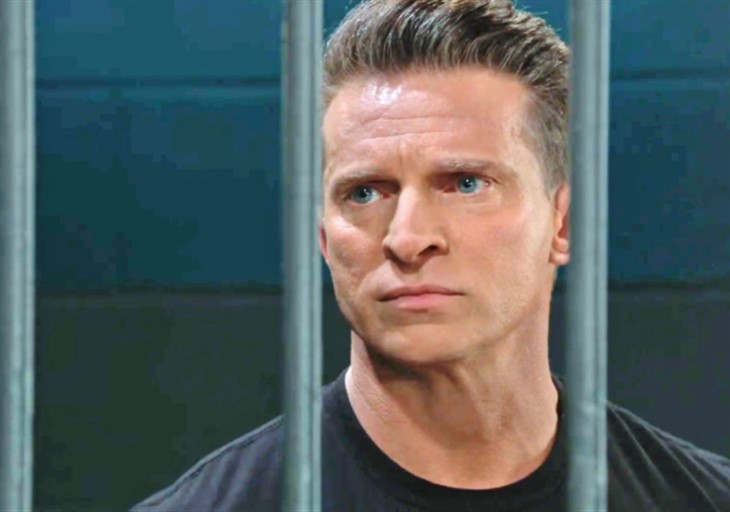 As General Hosptial viewers know, Elizabeth found Jason Morgan (Steve Burton) kneeling beside Franco’s body. That led Elizabeth to conclude that Jason killed her husband. But Peter’s desire to put Jason away for the crime may convince her that Jason may not be as guilty as she originally believed.

General Hospital Spoilers – Franco Baldwin asked Jason Morgan to kill him if his tumor caused his dark persona to resurface!

Part of the reason that Elizabeth was so certain that Jason killed Franco was the fact the Franco actually asked Jason to kill him under certain conditions! Franco’s brain tumor had returned and before it was surgically removed, it altered Franco’s personality.

During that time on General Hospital, Franco was a sadistic serial killer and he doesn’t want to hurt anyone else. He asked Jason that if there was any indication that his dark side was back that Jason would take him out before any harm was done. Elizabeth eventually found out about their deal and insisted that Jason stay out of it. But Jason hated Franco, so it’s understandable that at first, Elizabeth might believe Jason killed her husband.

But Elizabeth also knows that Peter once hired a hit man to kill Franco as well as Andre Maddox (Anthony Montgomery) in order to keep Franco from accessing Drew Cain’s (Billy Miller) memories. For a time because of a memory mapping procedure forced on him by Shiloh Archer (Coby Ryan MacLaughlin), believed that he was Drew. Drew had memories that would incriminate Peter.

But recently, General Hospital spoilers reveal Franco had started to hear Peter’s voice in his head which was because of leftover memories from his time as Drew. And with Peter so eager to put Jason away for Franco’s murder, it wouldn’t be difficult for Elizabeth to realize that Peter, and not Jason killed her husband.

If that does happen, GH spoilers and rumors tease Elizabeth may want to find the phone that Franco left for himself when he believed he was Drew. In it was a message that “Drew” left about his memories of Peter’s crimes. Either way, Elizabeth should soon have a change of heart where Jason is concerned.

Will Elizabeth continue to believe that Jason killed her husband? Or will Peter’s behavior make her realize that he is the guilty party? Will Elizabeth get justice for Franco? Only time will tell, so stay tuned to General Hospital airing weekdays on ABC. And don’t forget to check back right here regularly for all your General Hospital news, information and spoilers.