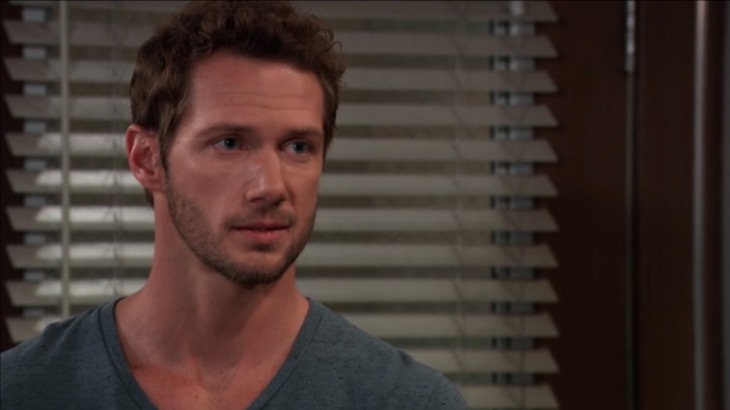 General Hospital (GH) spoilers tease that in Port Charles, NY Cyrus Renault (Jeff Kober) enjoys having leverage on pretty much everyone he deals with. And although he seemed to believe that Brando Corbin (Johnny Wactor) was loyal to him, it didn’t stop Cyrus from letting Brando know that if he steps out of line or gives Cyrus any indication that he isn’t loyal, then Cyrus will have his lawyer implicate the entire Corinthos family for forging the documents that Dev Cerci (Ashton Arbab) used to pretend to be an American citizen.

Viewers may remember that Sonny Corinthos (Maurice Bernard) and Robert Scorpio (Tristan Rogers) traveled to Turkey to retrieve Dante Falconeri (Dominic Zomprogna) from a dangerous undercover mission for the WSB. Sonny first encountered Dev when the teenager tried to pick his pocket. But Sonny didn’t have the teen arrested, instead he gave him some cash for helping him locate Dante. But Dev went a step further and saved Sonny’s life when the situation got dangerous.

GH Spoilers – All Dev Cerci Wanted Was A Better Life

Because he had helped Sonny, Dev feared his life was in danger if he stayed in Turkey, So not long after that, Dev made the journey to find Sonny and seek his help. When Sonny heard of Dev’s situation, he took the young man into his home, and had fake papers created that would “prove” that Dev was Sonny’s cousin, having been Brando’s son on all the documentations. Unfortunately, Dev is dead after he was injured in the explosion at the Floating Rib. But even, Sonny’s family could face serious legal ramifications if the authorities wanted to make a big deal out of it.

Brando is in a precarious position now. His work as Cyrus’ driver is a ruse, so that Brando might get inside information about the drug trafficker and help Jason Morgan (Steve Curton) take Cyrus down once and for all. But now that Cyrus has shown his hand, Brando may be forced to betray the Corinthos family rather than see them all go to prison. Brando won’t likely turn against the Corinthos family, so he may decide there is only one way out. If confesses to being the only person involved with forging Dev’s paperwork, he won’t have to betray Jason nor will Cyrus be able to use his leverage any longer.

GH Spoilers – Will Brando Corbin Risk Prison Time To Get Out From Under Cyrus?

Of course, this could mean that Brando would go to prison. But since Brando agreed to pretend to be Dev’s father, and with Sonny presumed dead it might be the only way to neutralize Cyrus’ evidence. But he would most likely have Diane Miller (Carolyn Hennesy) as his attorney, and with her help he might come out the winner in all this. Maybe then he can put all this danger behind him and possibly start a romance with Sasha Gilmore (Sofia Mattsson).

General Hospital Spoilers – Will Brando have to sacrifice his freedom to save the Corinthos family from legal issues for Dev’s forged ID? Will Cyrus eventually ask Brando to do something to betray Jason? For all his good deeds, could Brando possibly end up back in prison. Or does his future include a romance with Sasha? The mob plays dirty in Port Charles, so stay tuned to General Hospital airing weekdays on ABC. And don’t forget to check back right here regularly for all your General Hospital news, information and spoilers.