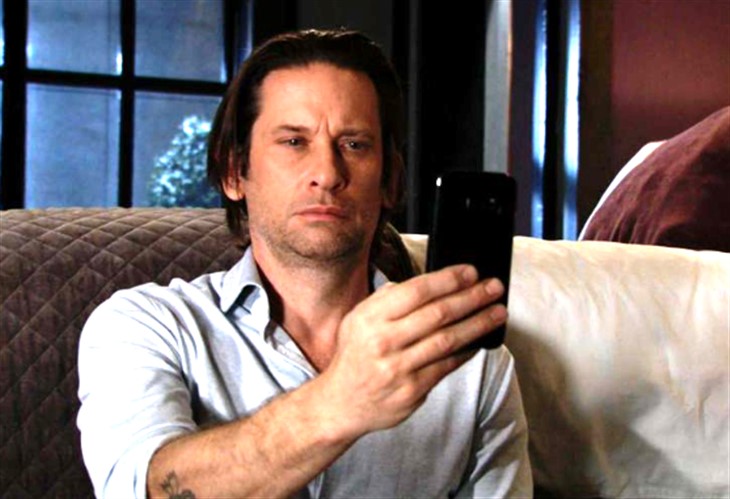 General Hospital (GH) spoilers tease that in Port Charles, NY Franco Baldwin (Roger Howarth) is back to his old ways as Psycho Franco aka Avant Garde Artist/Serial Killer. This might only mean one thing: Franco is a goner. The only question is whodunit?

On a creeptastic Friday Cliffhanger fans saw Franco club Peter August (Wes Ramsey) with a crowbar. It looks like his worst fears are realized and that tumor is back in control. Despite what Liz Webber (Rebecca Herbst) thinks, and as a nurse she ought to know better, Franco is not due a miracle.

The writing was on the wall when he drew up his will and hand picked his assassin.

GH spoilers – Who Could Take Down A Serial Killer?

At least he went first class by choosing Jason Morgan (Steve Burton) as his first choice to take him out if it came to that. Jason hates Franco and killing is his thing, so it makes sense that Franco would ask this one little favor of him. It would be shocking if Jason killed Franco in light of his connection to Liz; but which emotion is stronger, love or hate?

Many people knew about Franco’s request, so if he turns up dead Jason will be blamed and no doubt he will look guilty probably with no alibi.

But that’s too convenient!

There’s actually someone in Port Chuck who would get off Scot free if he killed Franco.

If Dante Falconeri kills Franco he has the perfect excuse—he wasn’t in his right mind. Or rather, he was a puppet in the hands of Liesl Obrecht (Kathleen Gati) which is basically the same thing.

Liesl nearly pulled the trigger this week by clicking her pen and having Dante kill Peter August. Who is to say she won’t get to clicking the Bic again but this time with disastrous and unintended consequences?

Liesl and Dante are almost as mentally compromised in their own way as Franco is. Liesl is out for revenge and Dante is brainwashed and under her spell. This is a train wreak waiting to happen but having Dante accidently kill Franco could tie up loose plot ends rather conveniently.

Many fans are stunned that the show would release Roger Howarth, and there is no official word on his status. All of this is speculation which is all we have until a body is found!