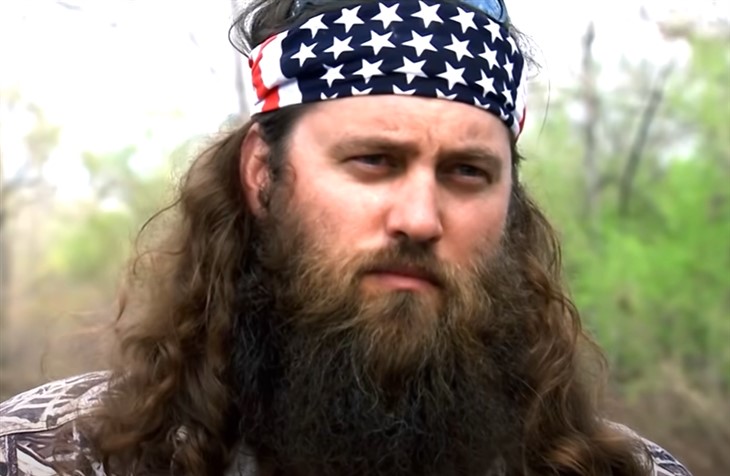 As far back as we can recall race and racism; it has been terrific for non- Native Americans. Racial abuse has been a serious challenge to the social and emotional well-being of Non-Native-Americans. During a conversation about racial abuse, Duck Dynasty stars (Korie and Willie Robertson) recalled ugly comments targeted towards their biracial son on National Television.

On the debut of the couple’s new Facebook Watch series – At Home with the Robertson, the former A&E reality celebrities brought to the forefront what they encountered while raising their biracial son, Will Robertson, Jr. The lovebirds adopted Will when he was just 5 weeks old. Willie said as far back as he recalls, the adoption agency told them it would take many years to adopt unless they were interested in a biracial child.

Duck Dynasty – They Signed The Paper Works Without Flinching

Regardless of their son’s race, the couple based in Louisiana went ahead to fill all the necessary paper works for his adoption. By the way, they were only interested in having a child. So, not a race, religion, skin color, or status quo could put asunder from the love they were about showering on him. Nevertheless, they realized after a few months that their ideology of adopting a biracial child wasn’t the same for many race bigots.

In Korie’s words as he explained to their show guests, Yandy and Mendeecees Harris “we didn’t think about it until the show happened. People were like, wait, who’s the black kid? Who does he belong to? We are like, our son?”

From all that we’ve gathered on the Robertson’s, Will was one of the only black kids in his grade; however, he had white friends. Sadly, he didn’t realize that he was way different from the rest of his white friends until he was much older. It became glaring to the young lad that there was more to his identity than his skin color. The 19-year-old said in his words while speaking on of the Facebook series “I would look myself in the mirror and be like, oh, I’m just a little bit darker, and I’m just a little bit tanner. My hair was all short and stuff. I didn’t have all this texture that I have now. So, I was just like, I guess I’m kind of just like one of them. And then as I got older, I started realizing, I was like, I’m a lot different from them.

According to Willie Robertson, their Facebook series exposed their son to racism, something they had not thought about in their home for a day. Sadly, Will Jr. was exposed to racism immediately after they hit the Television. The couple told the Love & Hip Hop’s Yandy and Mendeecees that the comments from the racist people making all kinds of ugly comments were somewhat weird for them. However, while Will Jr. did not have a social media account at that time, he saw the comments on his mother’s Instagram page about his skin color. Sweetly, he fired back at the racists with his mom’s account and permission.