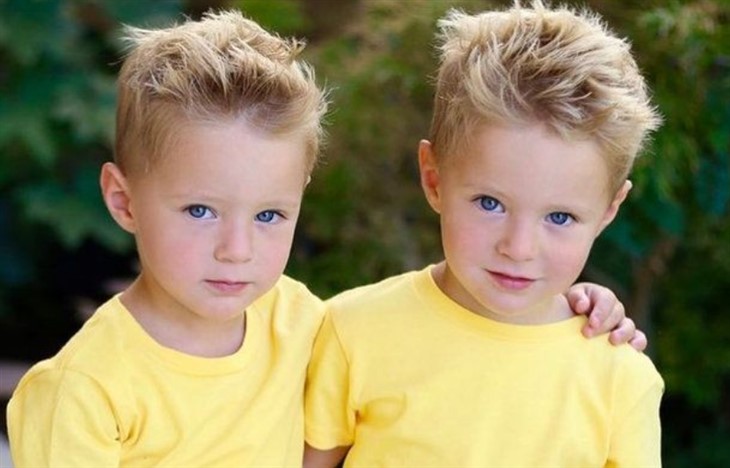 General Hospital comings and goings reveal that Willow Tait (Katelyn MacMullen) and Michael Corinthos (Chad Duell) will continue to be the parents of a little boy with a brand-new face who looks like he belongs in kindergarten already.

It was hard not to notice that Wiley looked a whole lot different on Tuesday’s General Hospital. He was no longer played by twins Theo and Erik Olsen, who had been in the role since they were infants. Instead, Wiley has been recast and he’s now being played by Caleb and Kyler Ends, two twins who have been making their way around soaps over the last few years.

According to Star Kidz, who tweeted the news, the Ends Twins already played a role on GH when they appeared as James West, Maxie Jones (Kirsten Storms) and the late Nathan West’s (Ryan Paevey) son who we barely ever see. Caleb and Kyler also had a part on Days of Our Lives where they played David Ridgeway, Jordan Ridgeway’s (Chrishell Stause) son who Rafe Hernandez (Galen Gering) was all set to adopt until his biological aunt won custody of the boy and moved away. Coincidentally, that aunt was played by Kelly Thiebaud, aka Britt Westbourne on GH.

Wiley has had quite an eventful life for a little boy his age. His mother is Nelle Benson (Chloe Lanier), which doomed him from the start as she gave him away to Brad Cooper (Parry Shen) and Lucas Jones (Ryan Carnes) and pretended her baby died just to keep him from his father, Michael. Willow Tait believed he was the child she gave up for adoption and became attached to him. When she learned her baby died, she ended up falling for Michael and becoming Wiley’s legal mom anyway. 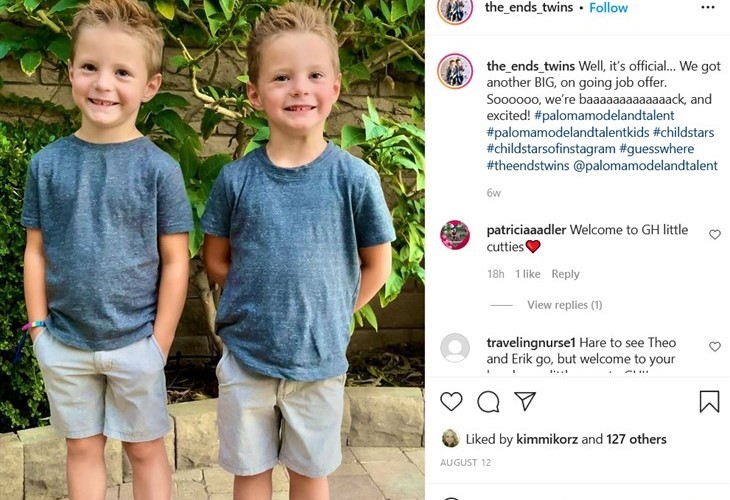 The little boy will soon be in a tug of war with his Grandma Carly (Laura Wright) and his Grandma Nina (Cynthia Watros) as Carly still tries to run her 30-year-old son’s life and Michael always listens to what his mother has to say. But at least we have two cute twins playing the part. Welcome to General Hospital, Caleb and Kyler Ends. Keep checking Soap Opera Spy for more General Hospital spoilers, news, and updates.