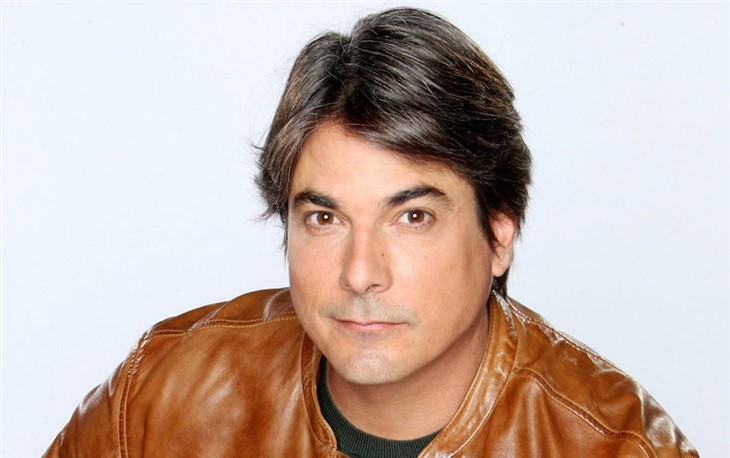 Days of Our Lives star Bryan Dattilo turns 50 years old today, July 29, 2021, and it’s almost hard to believe as we’ve watched him play Lucas Horton since he was in high school and was known as Lucas Roberts. However, that longevity has made him one of the soaps’ most beloved actors and characters. Learn more about Dattilo as he celebrates his birthday with these five facts.

Dattilo was just a child when he moved from Florida to Los Angeles after his parents divorced and he began taking acting lessons. His first television break came when he was cast in a recurring role on HBO’s Not Necessarily The News, a precursor to Comedy Central’s The Daily Show.

While he began professionally acting at a young age while attending Beverly Hills High School, Dattilo still knew he needed a backup plan and earned a degree in psychology from Santa Monica College. Of course, he still pursued an acting career and by 1993 he was cast as Lucas on Days of Our Lives. He even turned down a role on Mighty Morphin’s Power Rangers to join the NBC soap.

Days Of Our Lives News – Bryan Dattilo Is A Loving Dad

Dattilo has an adult son named Gabe from his first marriage to Jessica Denay and is involved with various autism movements to raise awareness of the disorder. He also has a young daughter named Delilah with second and current wife, Elizabeth Cameron.

Earlier in 2021, Dattilo admitted that his wife was suffering from breast cancer, but recently had good news. She finished her chemo and was able to ring that bell in her treatment facility signifying the amazing feat. Dattilo has also said he is grateful for his DAYS job because it gives him the health insurance his family needs.

While there have been years we have not seen Lucas on-screen at all or on-screen as much, fans are always happy when he returns and gets a storyline. Fans are especially happy to see his current story is with Sami (Alison Sweeney), the girl Lucas has loved since Dattilo started playing him nearly 30 years ago. Happy Birthday to Bryan Dattilo on this very special day.

General Hospital (GH) Spoilers: Harmony Flies Back On Her Broom And Millow’s Secret Could Be Exposed