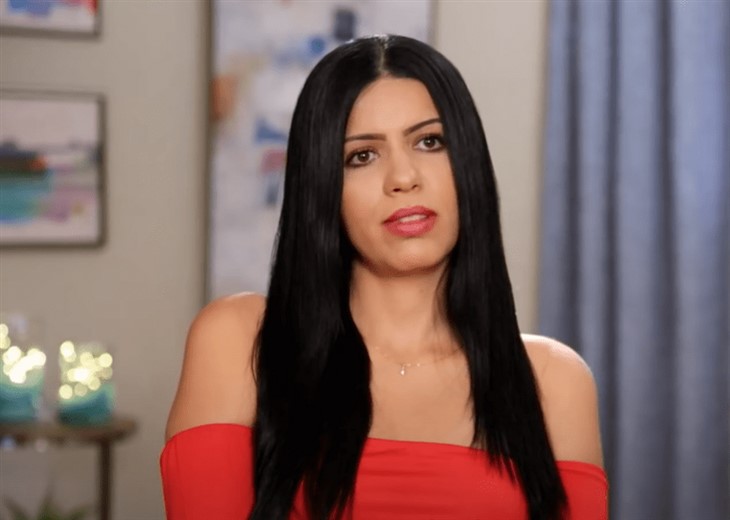 90 Day Fiance spoilers reveal that Larissa dos Santos Lima is ready to talk to her fans more about being fired from TLC. The 90 Day Fiance star has made some tough decisions in her life and by doing a live, sexy streaming video on CamSoda, she was told by the network that they no longer wanted her to represent them. They said that this video went beyond the family image they portray on their shows. It seems that Larissa isn’t too mad about it anymore though.

Ever since she filmed her last episode of 90 Day Fiance, Larissa has been involved in a lot of controversies. The controversies began when she started to get plastic surgeries and spent over $72,000 on them, while her children are in Brazil with other family members Her fans were unsure why she wouldn’t just spend the money on them. This made quite a stir. Then she posted a lot of racy pictures of her new body on her OnlyFans site.

Larissa wanted to share with her fans how she was feeling after she got a lot of backlash over her recent posts. She wrote, “If the girl do plastic surgery, she’s wrong, how dare she try to look better or fix something that she’s not happy? If she has natural body, she’s also wrong because how dare she look like that making money on television.”

It seems that Larissa is pretty annoyed with how people have been treating her lately. With all of the plastic surgery she has had, she is pretty unrecognizable these days. However, she has a very strong fan base that supports her no matter what she does and they made sure to tell her that too. Her fans told her that they love what she is doing and not to let others get to her.

Larissa is doing her own thing these days and she is still bringing in a lot of money online.