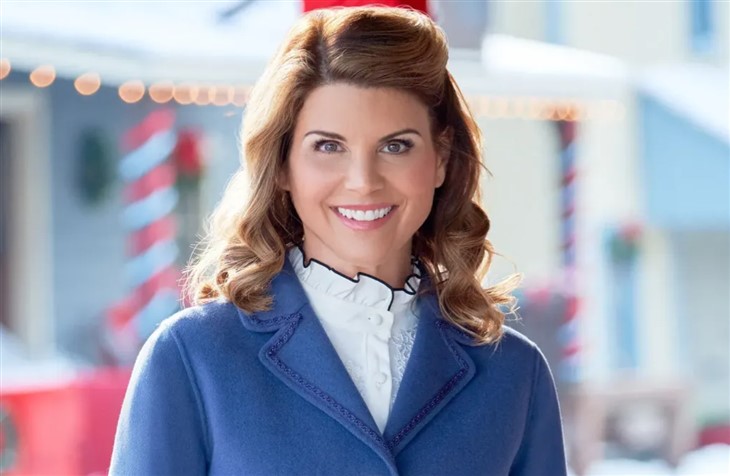 After the college admissions scandal broke, actress Lori Loughlin was dropped from her role as Abigail on When Calls the Heart on the Hallmark Channel. She has since spent time behind bars for her crime and recently, the news broke that she was heading to Canada about a TV role. Eventually, the news broke that Loughlin would be reprising her role as Abigail, but in the spinoff show, When Hope Calls. That show is aired on the new GAC Family network, not the Hallmark Channel. Now, a teaser trailer has now been released.

Lori Loughlin’s fans are thrilled that she is returning as Abigail, even though it won’t be in their favorite Hallmark Channel show, When Calls the Heart. Now, at last, they will get a first look at the GAC Family spinoff of the show. When Hope Calls will be airing as part of the new network’s upcoming Christmas movies. The trailer was aired as part of GAC Family’s Welcome to Great American Christmas. It was aired on Saturday night, October 16 and shared on YouTube early on Sunday morning.

In the trailer included below, we see Loughlin as Abigail, with Cody, played by Carter Ryan. They are among the crowds at a festive Christmas tree in Brookfield. They are obviously enjoying the festivities, as Abigail tells Cody “This tree is so beautiful.” Cody responds, saying, “Being here has got me thinking of me and my sister. I don’t know what would have happened without you.”

Abigail responds, saying, “Oh Cody. Nothing has made me happier than being your mom.” When Cody asks if she means it, she replies, “With all my heart.” Readers can watch the trailer here

Former When Calls the Heart star Daniel Lissing will also be starring in the second season of When Hope Calls, but so far, his role has not been revealed.

Twitter was alive with WCTH fans, excited over the clip revealing Loughlin as Abigail. In the tweet below, a fan shared images from the scene, writing “I can’t wait for When Hope Calls!”

In response, many fans totally agreed with the sentiment, sending their own tweets and comments, writing, “Me too” and more. Another wrote, “Abigail and Cody! I’m totally not crying…” Other fans could not get over how tall Cody is now.

The two-part episode of season 2 of When Hope Calls will premiere on Saturday, December 18 on GAC Family at 8 pm ET/PT. Meanwhile, part two will air immediately afterwards at 9 pm ET/PT.

Readers, are you looking forward to seeing Lori Loughlin on season 2 of When Hope Calls? Let us know by dropping a comment below. 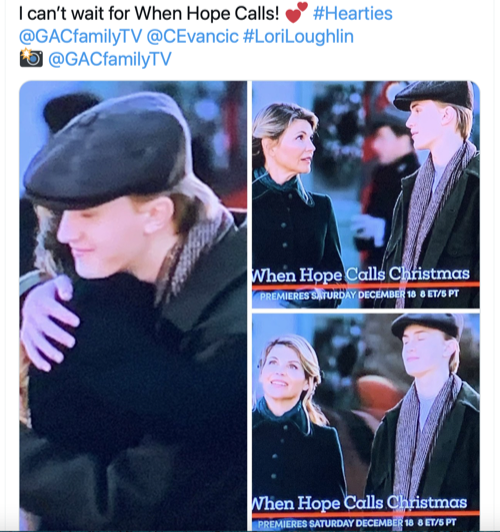