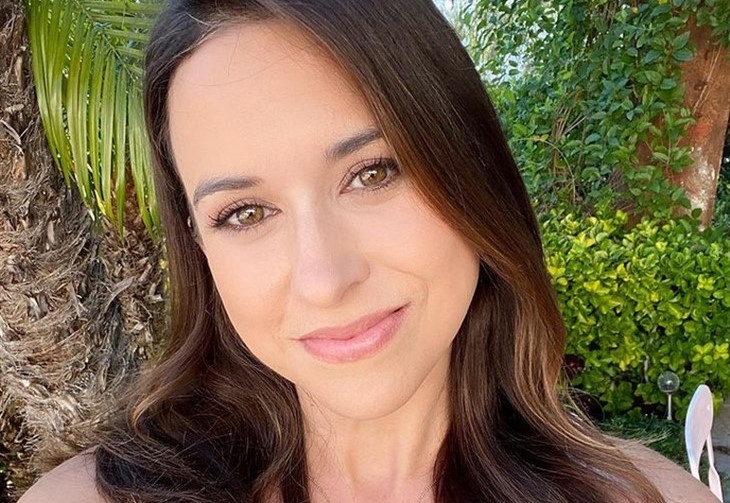 Hallmark Channel news states that Heartie sweetheart Lacey Chabert has exciting news to share. According to Deadline, the actress has signed a multi-picture deal with Crown Media. Chabert already has a long list of Hallmark movies attached to her name. So, this is great news for both the actress and fans. Keep reading to get the details.

Hallmark Channel news states that Chabert is already a huge part of the Hallmark Channel. For over a decade, the actress has starred in Hallmark movies and mystery franchises for Crown Media.

That is expanding as Chabert just signed a multi-picture deal with the network. Not only will Chabert star in multiple projects for the network but will also serve as executive producer. Additionally, the actress will develop other content for the network’s platforms for the next two years.

“Lacey’s warmth, talent, relatability, and creative sensibilities have endeared her to millions of Hallmark viewers for more than ten years, making her one of our most in-demand stars. In addition to shining on screen, Lacey is a prolific behind-the-scenes creative partner, developing and executive producing many of our highest-quality, most-beloved projects of all time.”

“She inherently understands and embodies what our networks are all about – the transformational power of love and making people feel good – and we look forward to continuing our work with her to create heartfelt, compelling stories that will entertain, inspire, and touch our audience.”

Hallmark Channel news states that Chabert recently developed, starred in and served as executive producer for The Wedding Veil. The movie trilogy first premiered on the Hallmark Channel on January 8. It was the second most-watched non-holiday movie in the category of Households and Women 18+ in Crown Media’s history. The second movie in the trilogy was the most-watched cable program of the week when it came to Women 18+.

Many hearties know that Chabert stars and executive produces the series Crossword Mysteries, which airs on Hallmark Movies & Mysteries. Chabert has also been in Elevator Girl, Party of Five, All My Children, Baby Daddy, Gyspy, What If God Were the Sun and A Little Piece of Heaven. Chabert has also appeared in Ghosts of Girlfriends Past, Daddy Day Care, The Brooke Ellison Story, Mean Girls and many more.

Are you a fan of Lacey Chabert’s work? What is your favorite project Chabert has worked on for the Hallmark Channel? We will keep you posted with new developments and updated information as it is released.

Be sure to catch up on everything happening with Hallmark Channel news right now. Come back often for spoilers, news, and updates.

Days Of Our Lives Spoilers: Chad And Abigail’s Reunion, Will Kristen Escape Again?