Find Out More About The Cast Of The Latest 90 Day Fiancé Spinoff 90 Day: Foody Call 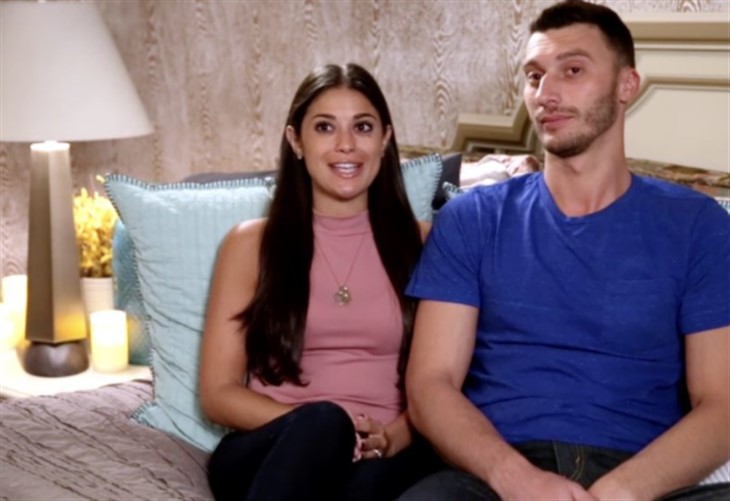 As 90 Day Fiancé fans know well, the original show has branched out into several hit series. This includes the popular Pillow Talk, where our favorite couples watch episodes and give their feedback. More recently, fans have enjoyed 90 Day: The Single Life, where singles from failed relationships from the TLC reality show got a second chance at love. Now, the foodies amongst us can appreciate the latest spinoff, 90 Day: Foody Call on discovery+. Who can we expect to see, cooking up a storm on the new show?

Obviously, this 90 Day Fiancé spinoff is a cooking show and it stars some of the fan-favorite couples from the TLC franchise. Here, we get to see them visiting the grocery store to buy the ingredients, then cooking a recipe together in their kitchen. In each episode, the couples also get to answer fan’s burning questions.

By its very nature, 90 Day Fiancé has starred cast members of many nationalities, which brings an international flavor into the mix. So, who will we get to see?

During their time on 90 Day Fiancé: Happily Ever After? Tania and Syngin traveled a rocky road. Syngin, a South African national, moved to the US in the hopes of marrying Tania and at first, it looked like it wasn’t going to last.

It seems that since those days, Tania and Syngin are doing well and appear to be making their relationship work. It will be interesting to see what this mixed nationality couple cooks up, but we are likely to see some tasty South African specialties on the show.

In the past on 90 Day Fiancé, there was plenty of drama between Russ and Paola. However, since they had their son, Axel, they seem to have settled down and are making it work.

Russ is American and Paola hails from Colombia, so we are likely to learn some intriguing recipes from her homeland. We can certainly expect some fun banter from the pair as they field questions on 90 Day: Foody Call.

This totally charming couple has been a fan-favorite since first appearing on 90 Day Fiancé. It has been some time since they were in a major show besides Pillow Talk. What fans love are David’s honesty and Annie’s straightforward behavior – there is no pretense with this couple.

Again, with Annie hailing from Thailand, we can expect some delicious recipes to be cooked up on our screens.

Since their first appearance in the 90 Day Fiancé franchise, Loren and Alexei have had one child and in March this year, they let fans known that they are expecting baby number two. Again, they are fan favorites on the show for their authenticity and honesty.

Their life since first starring on the TLC reality show hasn’t been without drama, but mostly seeing Loren and Alexei together on screen is a treat. With their travels in the world, especially to Israel, fans can expect some tasty suggestions for a delicious meal.

Next up on 90 Day: Foody Call is Robert and Anny. Anny moved from the Dominican Republic to be with Robert and at first, was met with skepticism by his family and exes. Despite this, the couple is doing well and has even welcomed their first child together.

Expect a combination of American and Dominican Republican tastes on their segments on 90 Day: Foody Call.

Sasha had already been married twice before tying the knot with Emily, which caused tensions and trust issues with her family. However, they have since had a baby together and moved from his home in Russia to the US.

It has been a while since 90 Day Fiancé fans have caught up with the pair, but hopefully, their reappearance will be a good experience, with a taste of Russia thrown in.