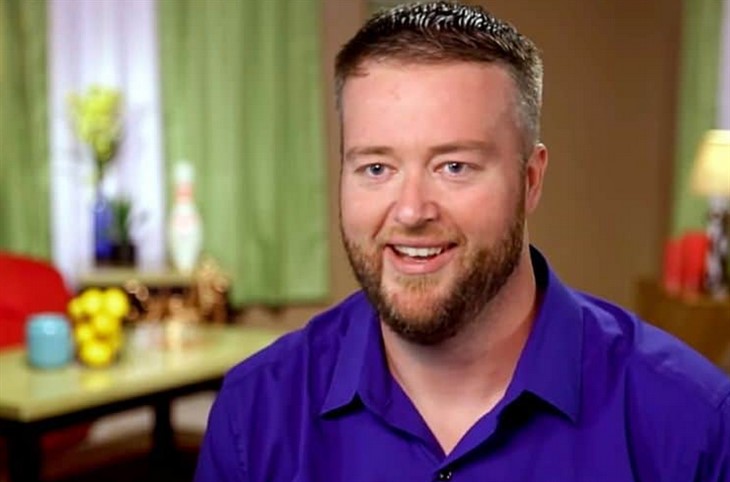 Since 90 Day Fiancé star Mike Youngquist split from Natalie Mordovtseva he hasn’t wasted any time. He is now spending a lot of it with the alleged new lady in his life, Marcia “Brazil” Alves. After having a rough time with Natalie, he is looking quite a bit happier and that deadpan expression seems to have gone away.

During season 6 of 90 Day Fiancé: Happily Ever After? Mike Youngquist and Natalie Mordovtseva were anything but. The 37-year-olds were never quite on the same page. Mike was accused of gaslighting the Ukrainian beauty by teaming up with his mother, Trish. Meanwhile, fans blamed Natalie for always playing the dramatic victim. On the show, the couple never looked the slightest bit happy. Meanwhile, in images of Mike and his new lady Marcia, he is always happy and smiling.

When Natalie eventually left Mike and moved to Florida, he kept supporting her financially, hoping to be able to rekindle their romance. On the 90 Day Fiancé: Happily Ever After? Tell-All, even his fellow cast members accused Natalie of using Mike. However, it was when fellow cast member Jovi Dufren mentioned that Natalie had met him and Yara with a mystery man that Mike finally said he wanted a divorce.

Mike admitted that while Natalie was away he never dated anyone. However, things have changed since then. He first gave a hint of his romance with Marcia, 37, in a selfie with her, taken at Hilton Lake Las Vegas Resort & Spa recently and posted to her Instagram. They certainly make a pretty pair, as you can see below.

However, Marcia’s latest images with Mike, having fun pulling faces in a pool, shocked her many followers. She captioned the images, “Sunday funday with my favorite people,” adding the hashtags “#90dayfiance #SweetestGuy #BigHeart #GreatTimes.” Marcia also added a photo of Mike with her son, while they spent the day together at her house.

Many of Marcia’s fans commented on how much they loved the images. However, one wrote, “Hahaha good luck to @bigmike90dayfiance trying to convince another girl to live in Hicksville with him.” However, another commented that “He’s better off without Natalie lol.” 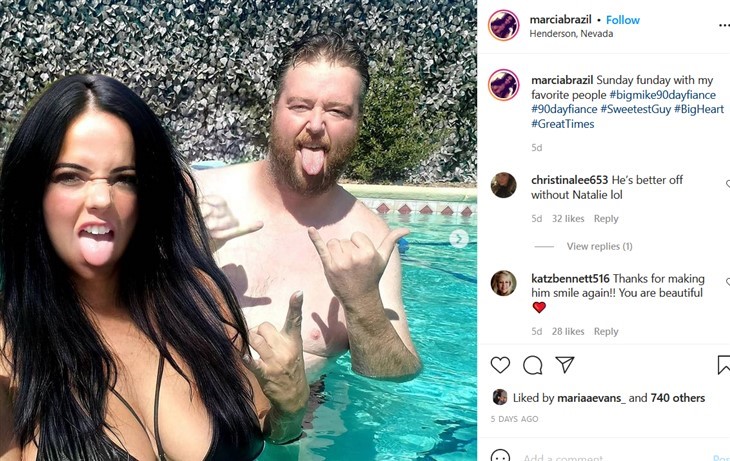 Marcia has fame in the reality TV world in her own right, as she starred in Rock of Love Bus with Brett Michaels in 2009. Thus it is unlikely that she is spending time with Mike to gather fame and Instagram followers. In fact, she already has 102K of her own.

In the meantime, 90 Day Fiancé fans have a feeling Natalie is jealous of Mike’s relationship with Marcia, after she recently posted throwback photos with him on Instagram. Whatever the Ukrainian beauty’s feelings might be for Mike these days, she has to accept that he has moved on and is looking very happy about that.

Days Of Our Lives Spoilers: Gabi Gets Revenge, Rafe Fed Up As Ava’s Secret Exposed