Days Of Our Lives Spoilers: Gabi Gets Revenge, Rafe Fed Up As Ava’s Secret Exposed 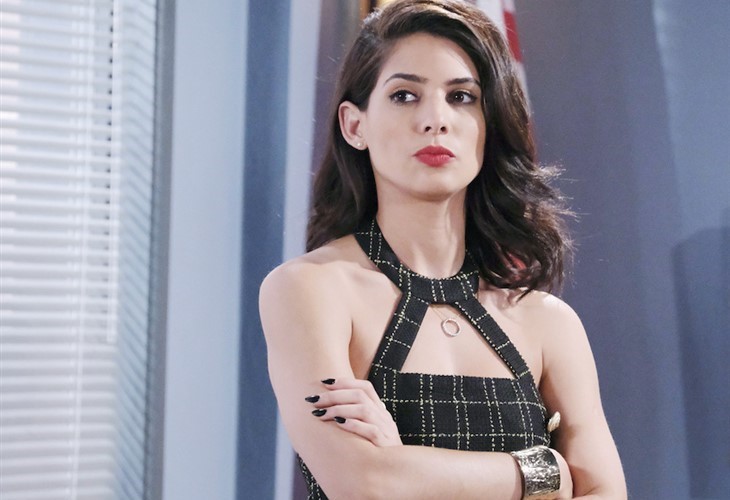 DOOL spoilers reveal that Gabi refused to accept Rafe and Ava’s relationship. Even though Gabi has never been a big fan of Nicole Walker (Arianne Zucker), she hates Ava more. Even though Gabi’s schemes to control Rafe’s love life have failed, Ava might have made a big mistake. One decision is all it could take for Ava to lose the man she claims to love.

Ava has tried to turn over a new leaf and made some promises to her son, Tripp Johnson (Lucas Adams). One was that Ava would cut ties with the mob. Ava appears to have done that, but some fans have their doubts.

As for Ava trying to be a good person, some people can never truly change their ways forever. When Gabi gets the upper hand, Ava strikes back in a way that wouldn’t make Rafe very happy. Plus, it seems that Ava is keeping at least one secret from Rafe, which is her partnership with Philip.

Days Of Our Lives Spoilers – Jake DiMera’s Past Exposed

Days of Our Lives spoilers reveal that Ava and Philip strike a deal. Ava has already informed Philip that he is being plotted against by Jake and Gabi. As time goes on, Ava will come up with more intel to hand over to the Titan CEO. One happens to be Jake’s history with the mob, which was run by Ava’s family. Jake doesn’t want that part of his past coming out, but Ava is going to tell Philip everything.

Jake will end up confronting Philip about exposing his criminal history. Meanwhile, Gabi will plot revenge against Ava.

Gabi has tried to convince Rafe before that Ava is no good for him. Rafe has dismissed his sister’s concerns. There is one way that Gabi could divide Rafe and Ava, though. Even though Rafe knows the two women exchange snide comments, it’s another ball game when action is taken. Rafe might not think too much when he learns that Ava is “working” with Philip.

However, if Gabi ends up getting hurt, that’s where Rafe will draw the line. How will Ava deal with losing her relationship because of Gabi? How far will the former mob princess go to get payback? We will have to keep watching the NBC soap to find out.