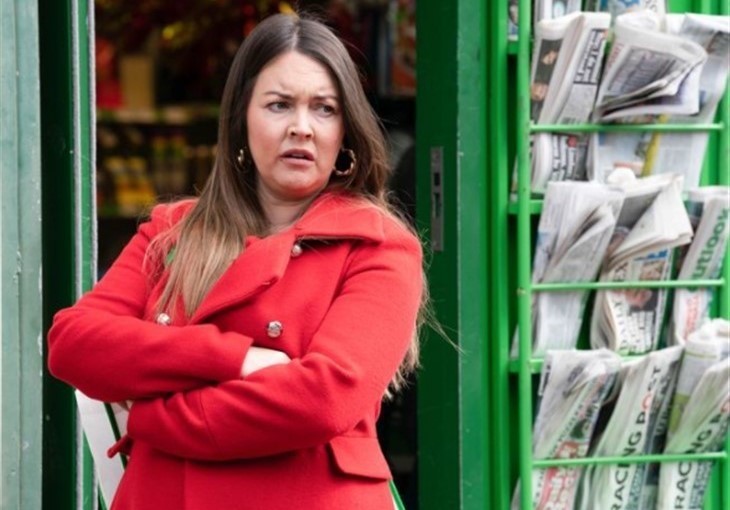 Eastenders spoilers reveal that in Walford ever since Stacey Slater (Jessie Wallace) returned, she has been at war with Ruby Allen (Louisa Lytton). After Ruby falls down the stairs and fears she might lose the baby, Stacey is filled with guilt. She never wanted Ruby to be actually harmed and it could be a wake-up call. Could they eventually call a truce?

Eastenders spoilers reveal that Stacey and Martin Fowler (James Bye) were married once upon a time. Then one day, Stacey left her husband and moved away. She had been gone for quite a while when Martin and Ruby started a romance. Apparently, word got back to Stacey and she was furious. In her book, Martin was off-limits to her best friend. She considers it to be an unforgivable betrayal.

To get payback, Stacey steals Ruby’s identity. Then she starts stealing all the money out of her bank account and racking up massive charges on her cards. Ruby can’t figure out who is doing this until one day, Stacey waltzes right back into the neighborhood. When Ruby finds out that her old best friend has been cleaning her out, she makes a threat and offers a deal. However, that was not the end of the story. Stacey and Ruby have been fighting and arguing ever since.

Stacey and Kush Kazemi (Davood Ghadami) end up locking Ruby in her office and force her to take a pregnancy test. Stacey wants to prove to Martin that his new wife has been lying about being pregnant. And she’s right, it’s all a big, fat lie. So they were both shocked to see the test come up positive. Ruby ended up losing her balance and falling down the stairs. When she began bleeding, she called the hospital and feared losing the baby.

Horror And Guilt Lead To A Truce?

According to Inside Soap magazine, Stacey will be horrified that Ruby fell down the stairs. Even though it was an accident, she still feels guilty. She might be at war with Ruby but never wants her to actually be harmed… especially since there is a baby involved. Stacey decides to apologize to Martin and ask for his forgiveness. Meanwhile, Ruby has told her husband what the pair did to her when she had the nasty fall. Kush ends up getting punched in the face, but how will Martin handle Stacey?

It is suggested that Stacey might feel so guilty that she will call a truce. However, it only works if Ruby agrees to do the same. These two used to be best friends and since Stacey didn’t want Ruby harmed, she obviously still cares about her. Could this eventually lead them to patch things up? We will have to keep watching to find out.