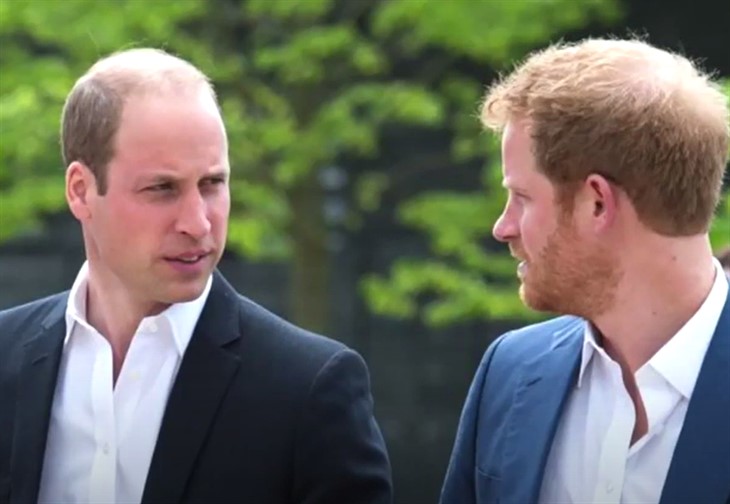 British royal family news teases that once again Prince Harry, Duke Of Sussex is on Prince William’s naughty list. Sources are saying that Harry’s response to Queen Elizabeth’s announcement on Friday that he and Meghan Markle are no longer working royals left him with a bad taste in his mouth.

Inside palace sources allegedly told the U.K.’s Sunday Times that William is, “really sad and genuinely shocked,” about his younger brother’s behavior.

On Friday, Buckingham Palace confirmed that Harry and Meghan have been permanently exiled as working members of the royal family.

The statement began, “The Duke and Duchess of Sussex have confirmed to Her Majesty The Queen that they will not be returning as working members of The Royal Family.”

“Following conversations with The Duke, The Queen has written confirming that in stepping away from the work of The Royal Family it is not possible to continue with the responsibilities and duties that come with a life of public service. While all are saddened by their decision, The Duke and Duchess remain much loved members of the family.”

Immediately afterward, Harry and Markle released their own statement, one that was a lot less regal and a lot more bratty.

In a statement the couple’s spin docs said, “as evidenced by their work over the past year, The Duke and Duchess of Sussex remain committed to their duty and service to the U.K. and around the world, and have offered their continued support to the organizations they have represented regardless of official role. We can all live a life of service. Service is universal.”

Next sources close to William told The Sunday Times that he’s, “very upset by what has happened” and found the couple’s behavior, “insulting and disrespectful.”

“You don’t answer the queen back – it’s just not done,” said one insider.

The palace added that Harry’s appointment as captain-general of the Royal Marines and titles with other groups including the military would be distributed to other members of the family. These include RAF Honington, Royal Navy Small Ships and Diving, The Queen’s Commonwealth Trust, The Rugby Football Union, The Rugby Football League, The Royal National Theatre and The Association of Commonwealth Universities.

Prior to the announcement Harry had been talking up his military connections and prowess, in what was seen as a bid (now failed) to keep his titles and roles.