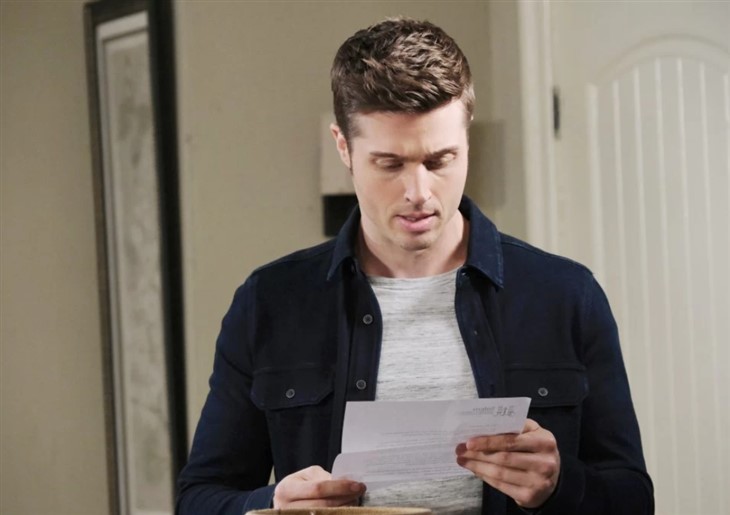 Days of Our Lives (DOOL) spoilers reveal that in Salem Evan Frears aka Christian Maddox (Brock Kelly) thinks he has the same power as his father. However, Evan is no Orpheus (George DelHoyo), even if they are father and son. The unstable young man plays mind games with Ciara Brady Weston (Victoria Konefal). However, she can play those games, too.

DOOL spoilers reveal that when we first met Evan, he was a villain. However, he wasn’t evil… just confused, desperate, and unstable. Then, Orpheus ordered Marlena Evans (Deidre Hall) to get Evan out of Bayview. At that time, he really wanted to get better and seemed to be making progress. Well, something happened between then and now because he’s full of rage, which is directed at Ciara and Ben Weston (Robert Scott Wilson). Orpheus has a long history of using psychological warfare and he’s quite good at it. It seems that Evan thinks that he has the same abilities as Orpheus. However, he’s not even close to the same caliber. He will try to play mind games with Ciara, which could backfire.

With “Cin,” head writer Ron Carlivati has tried to use the power of love with their storylines. They even had some telepathic communication, just like when John Black (Drake Hogestyn) was searching for Marlena, who was being held hostage by Stefano “Steve-ano” DiMera (Stephen Nichols). Evan will probably try to make Ciara lose hope by telling her Ben is already dead. He might tell a convincing tale, but Ciara can still “feel Ben“. She can sense that he is still alive.

Days of Our Lives spoilers reveal that Evan can be manipulative, but he’s not exactly a genius. Ciara has ten times the intelligence and wit, so Evan really is no match for her. She might be stuck in a glass box with a gun pointed at her, but that doesn’t mean Evan has all the power. She recognizes that Evan is playing mind games. She knows that his goal is to make her give up because if one doesn’t have hope, then they also don’t have the will to fight and survive. Now, Ciara probably won’t clue Evan in that she knows what he is doing. Instead, she will use Evan’s “weapon” against him. She can play mind games, too, and is much better at it.

Evan seems to want to be just like his father. They may share the same DNA, but he’s no chip off the old block. If anything, Evan is a disappointment to Orpheus and this won’t be any different. When Ciara plays mind games with her new captor, his insecurities and vulnerabilities could take over. During this moment of weakness, Ciara can use the dysfunctional father/son relationship to create doubt in Evan’s mind. She might get him to switch sides, which would explain why spoilers state that Evan betrays Orpheus. From what we are seeing right now, that’s the only thing that makes sense. To find out if this is what happens, we will have to keep watching the NBC soap opera.