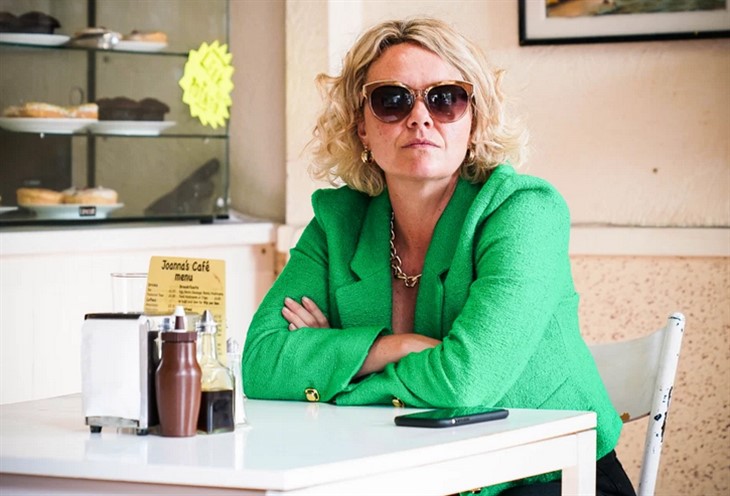 Scarlett says that she had reached out to Tommy to get help due to her being in the foster care system. During their conversation, Tommy promised Scarlett that she would be able to come live with them instead. However, Kat is against the idea and tells Tommy that she can not take Scarlett in. In reality, she hiding a secret from Tommy that the girl he thinks is his cousin is really his sister. Kat tried to figure out if she would tell him or continue to keep it a secret. In upcoming episodes, runaway Scarlett and Tommy will continue to grow closer to each other as Kat decides to tell Tommy the truth about his relationship with Scarlett. Kat tells Tommy that Scarlett is actually his half sister.

Upon discovering the news, Tommy becomes more and more determined to get Scarlett away from her mom, Janine who has come back to the Square. Janice is searching for her runaway daughter. After seeing Janice’s behavior towards the people of the Square, Kat understands why Scarlett does not want to go with Janice and is determined to help. This leads Kat to make a major decision and she decides to become Scarlett’s legal carer so that Janice would not be able to have access to Janine.

On the other hand, Billy who has a soft spot for Janine gives her his support. Janine tells him that she might just give up on trying to bring Scarlett home and might decide to leave Walford without her. Things take turn for the worse as Janice arrives to the Slatter home and gets into a scuffle with the two siblings, Scarlett and Tommy. This scuffle results in a fire starting in the Kitchen.