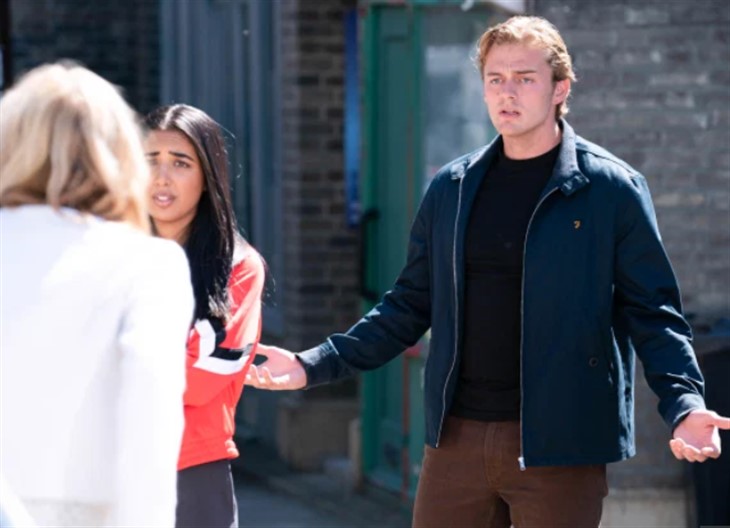 Eastenders spoilers reveal that Peter Beale (Dayle Hudson) tries to impress Ash Panesar (Gurlaine Kaur Garcha). He performs a naked superhero stunt, but it goes horribly wrong. He ends up in the hospital. However, there seems to be an underlying medical issue and it sends Ash into a panic.

Eastenders spoilers reveal that Peter has been trying to impress Ash. However, fans saw not too long ago that he ended up in bed with Ash’s mother and soap villain, Suki Panesar (Balvinder Sopal). Well, the drama is going to continue and it will end up taking a terrifying turn.

Eastenders spoilers reveal that Peter gets dressed up in a superhero cape, but nothing else. He runs around the Square not just to impress Ash, but to cheer her up. She’s nursing a pretty nasty hangover and isn’t ready to go home yet. Plus, she tried to get back with Iqra Ahmed (Priya Davdra), but it doesn’t go very well at all. Now, when Peter goes running around the Square wearing nothing but a skimpy superhero cape, he will have a freak accident that lands him in the hospital.

Peter will wake up in the hospital and of course, while he is there, doctors will be running tests. According to Express, they find something and it might not be related to the accident. It could be a hidden and underlying health problem that Peter doesn’t know about. Let’s hope that it’s not serious. However, based on how Ash reacts, it seems like it might be really serious.

It is teased that Ash might have completely freak out about the test results because she works in the medical field. It has also been hinted that Ian Beale’s (Adam Woodyatt) son might have a health storyline coming up. The actress recently spoke about Ash possibly having a romance with Peter. She said, “On a friendship level she wants to be there for him and maybe it’ll develop into something more. But it could all be a distraction because she doesn’t want to be with him truly – who knows! I think Ash knows that Peter is interested in her a little. Not that he’d want a relationship with her or anything that serious at this stage but he is that guy on the Square that’s been with a few of the other girls, Ash enjoys him trying his luck!”

What do you think of Peter Beale going after Ash Panesar? What will happen after his naked superhero stunt goes wrong? What do the medical tests reveal and could we get a devastating health storyline?

The Bold And The Beautiful (B&B) Spoilers: Liam Struggles To Save Marriage – Hope Pulls The Plug?