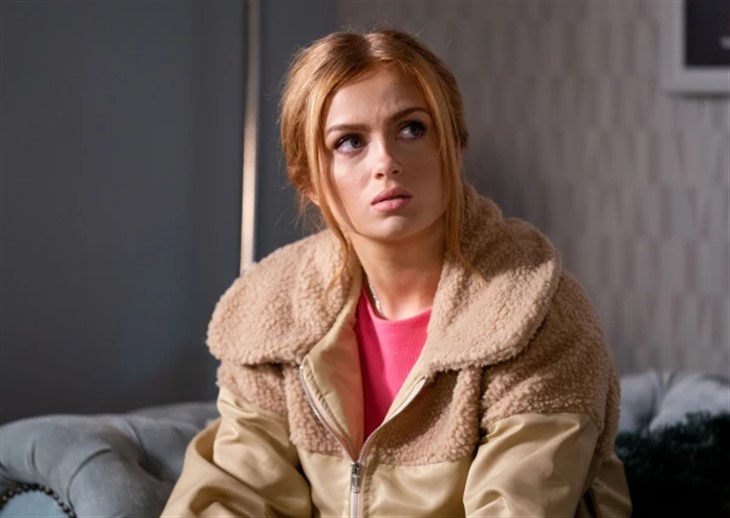 EastEnders spoilers reveal that Maisie Smith who plays the role of Tiffany Butcher-Baker in the BBC show called it a day. However, fans will still see her in the popular soap until the end of the year. In recent years, fans came to expect her to leave and then return. However, this time it looks like it’s for good. As she screamed up the popularity rankings during Strictly Come Dancing, perhaps she landed a new role elsewhere.

EastEnders Spoilers – Teased An Exit For Maisie Smith In 2019

IN 2019, Tiffany Butcher encountered massive conscience issues when Keegan (Zack Morris) collapsed. Recall, that came after he stole some drugs from her. Still, she didn’t feel up to confessing about it when the cops came calling. In fact, she totally denied it when her sister Whitney, (Shona McGarty) talked to her about it. Whitney pressured her after she discovered that she’s been missing school. So, she started mumbling about it being time to depart from Walford and go live with her mom in Milton Keynes.

EastEnders spoilers really took off after that, and BBC fans feared her permanent departure from the show. However, she’s still there in 2021. In August this year, viewers saw that Vinny Panesar (Shiv Jalota) found out about Keegan cheating on Tiffany. Fans sat riveted as they speculated that he might let the cat of the bag. Recall, Keegan suddenly got a conscience about cheating and chatted with his dad. However, Dotty Cotton (Milly Zero) talked him out of a confession. Nevertheless, Vinny rushed off and leaked the bad news to Tiffany. Anyway, it’s all about over now, as Maisie Smith departs the show.

Yahoo carried the news that Maise Smith finally departs. You might recall that she debuted her role in 2008, and left in 2014. Then, in 2016, she guest-starred again. In 2018, she returned to the BBC show. This time, her stint lasted until now. However, she hinted at an exit this year. That news came back in October. Actually, she already said her farewells to the rest of the crew. The news arrived via Twitter, and the crew and cast held a small exit party for her. 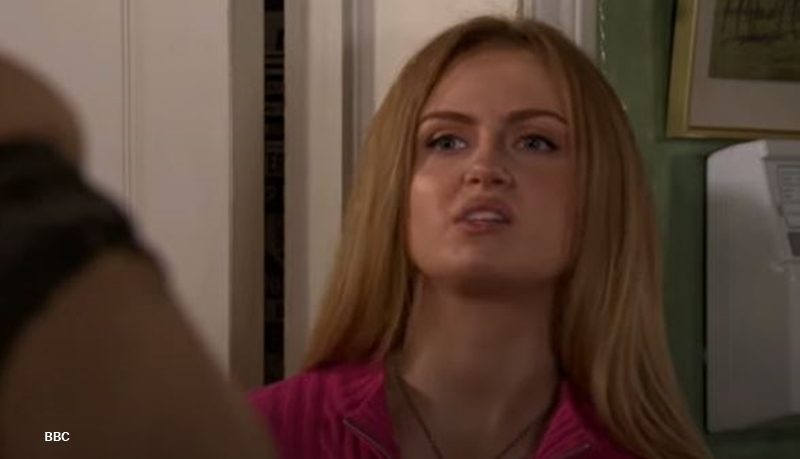 The EastEnders veteran said, “It’s time to say farewell to Tiff! I’ve grown up on EastEnders since 2008, and have [learned] from the best over the past 13 years.” Well, she seems happy enough with her “next challenge.” Still, she got her break on the screen from BBC as a child. So, she will always remember them fondly. Fortunately, fans will see her until the end of the year. However, how she exits hasn’t yet been revealed in spoilers.

For executive producer Jon Sen, it sounds like a bittersweet departure. Obviously, he seems happy that she continues her upward career. But, he knows that the BBC helped shape her into her an excellent actress. He said, “She’s been a wonderful company member during her time at EastEnders and it’s been a privilege to see her blossom into the star she is.“

Be sure to catch up on everything happening with your favorite soaps right now. Come back here often for more EastEnders spoilers, news, and updates.