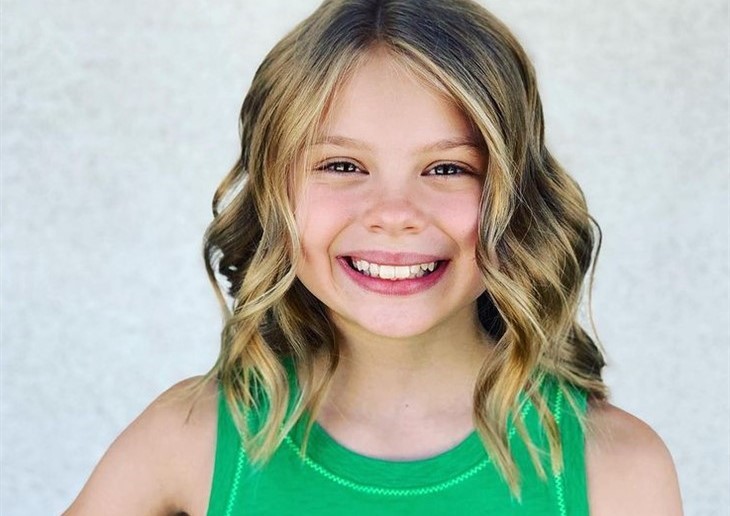 General Hospital spoilers indicate that Charlotte Cassadine (Scarlett Fernandez) is about to return to our G.H. screen. Scarlett recently posted on Instagram a photo of herself outside the General Hospital Studios. When will she appear on our screens and does she know her father is missing?

General Hospital Spoilers – Charlotte Has Some Catching Up To Do

General Hospital’s Charlotte last appeared in March 2021. Since then, Valentin Cassadine (James Patrick Stuart) and Anna Devane (Finola Hughes) are closer, Scarlett may have to deal with her father having a new girlfriend. Valentin is also missing at this time unless Victor Cassadine (Charles Shaughnessy) decides to turn him loose. Valentin has also just been informed that Victor is his father so Charlotte now has a grandfather as well. Scarlett could also find out disturbing news about her little sister as well. Of course, we have seen Scarlett act before and know that she will certainly bring her A-game. Are you looking forward to some juicy material for the young star? Can Valentin make things ok for his daughter?

General Hospital’s Scarlett was in a bike accident over the summer and had to have surgery on both arms. Instead of trying to write the accident into the script, Scarlett has missed being on screen all summer. Now that she is back to work we should see Charlotte working through a lot of issues. If the truth comes out about Bailey Quartermaine (Harper and Scarlett Bloom) we should see some really good material. Charlotte is bound to be upset over losing her little sister even though she didn’t want her to begin with. Charlotte should have the opportunity to confront Brook Lynn Quartermaine (Amanda Setton) over this. Charlotte and Valentin should have some father and daughter bonding time over it as well. 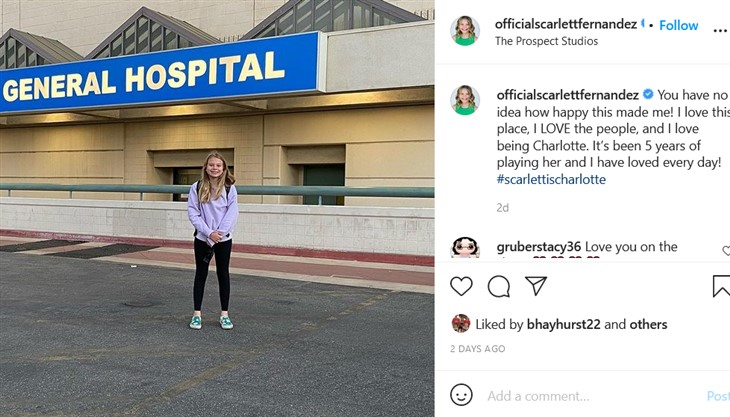 General Hospital fans have had a touch of how devious that Charlotte can get when she wants something. Charlotte has been known to bully people at school and trying to keep people out of her father’s life. Now that she has been proved to be a true Cassadine, how much worse could she get? Will losing another home and her sister cause Charlotte to act out again? Will Victor being Valentin’s father make things worse for Charlotte and Valentin instead of better?

Charlotte is once again going to have to adapt to changes in her family dynamic. How much more can one child take when it comes to losing family members? Will Charlotte ever have a normal family?