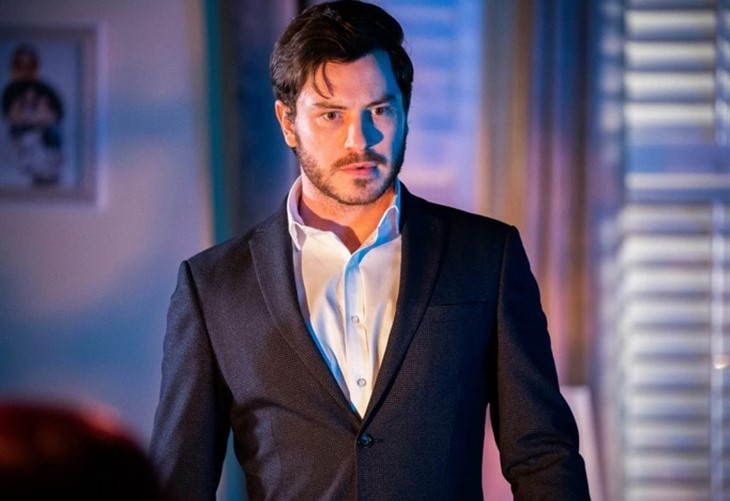 EastEnders Spoilers hint that Gray Atkins (Toby-Alexander Smith) will show how he feels about the news that was recently revealed about Chelsea Fox (Zaraah Abrahams) being pregnant. Gray recently learned that Chelsea was pregnant after Whitney Dean (Shona McGarty) kept pushing for Chelsea to tell him about it. When she told him about the pregnancy, she also told him that she does not want him to be a part of her baby’s life. However, viewers have yet to see the reaction that he will have to the news. However, Thursday, he will approach the situation again.

Gray Atkins was shocked by the pregnancy announcement his former partner, Chelsea, revealed. Gray and Whitney are working their way into a relationship currently. In the newly released photos, Gray is still processing the news of the pregnancy. However, Chelsea is not backing down on her stance to not let Gray be involved in the life of her baby. She does not want his cruel behavior to be around her child especially with his angry outburst. The two have a heated argument at the Ruby’s club and Gray throws in her face that she does not know how difficult it will be to be a mother. The two’s past relationship left them not caring for each other as Chelsea has seen the angry outburst that he has had throughout the time of the two dating.

Chelsea actress, Zaraah Abrahams, has stated in past interviews that she would like her character to discover and uncover the murderous past of Gray Atkins. In the interview, she comments, “I would love that,” She went on to say, “As long as there are no repercussions for her!

She explained why Chelsea would be a good person to discover Gray’s murderous past. “Chelsea is very nosy, she’s always going to be investigating because she’s quite a selfish person. So I think she will always be up in any of her boyfriends’ business. But if she found out about Gray, that would be very explosive!”

Days Of Our Lives (DOOL) Spoilers: MarDevil Wreaks Havoc All Over Salem