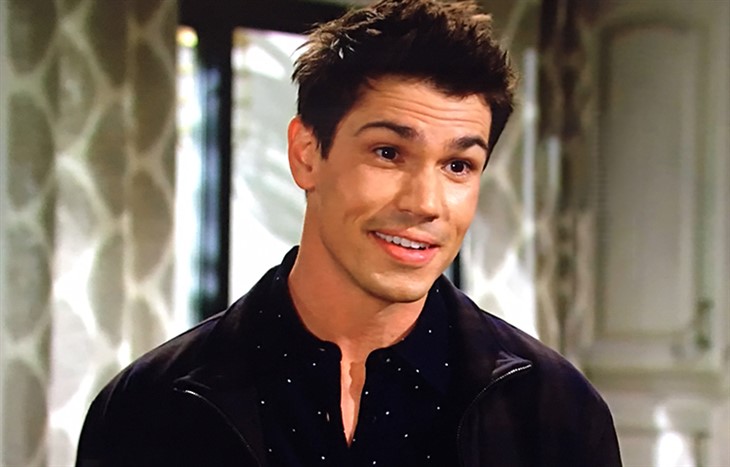 The Bold and the Beautiful (B&B) spoilers for Thursday, August 3, 2021, reveal in Los Angeles the start of Sinn’s wedding kicks off with the arrival of a surprise guest.

The Bold And The Beautiful Spoilers – Will A Wedding Dream Become A Nightmare?

Steffy (Jacqueline MacInnes Wood) is ready to finally marry a man who loves her and only her and she couldn’t be happier. Everything came together quickly so Steffy could wed her baby daddy and do it in Forrester style. Thank goodness for that living room where a wedding can be thrown together in no time. She even has her grandmother’s portrait above the mantle again and her future in-laws in town for the occasion. What could possibly go wrong? She’s not marrying Liam (Scott Clifton) so surely things will be ok, right?

Well, things are about to go terribly wrong and Steffy doesn’t even know the extent of it. She may marry the man she loves but life is not going to be rosy from here on out.

B&B Spoilers – Will Steffy Forrester Get A Monster-in-Law?

Finn’s (Tanner Novlan) parents are just too perfect, aren’t they? That means his birth parents have to be a nightmare and we are soon to learn that Finn’s birth mother is none other than Sheila Carter (Kimberlin Brown), a woman her grandfather, Eric (John McCook) was once married to. She is also a woman to steer clear of at all costs.

Poor Finn is also about to learn about the woman who gave birth to him and it may scar him for life. It’s his wedding day too and he was sure everything would go as planned until a mysterious woman appears — and she needs to talk to him fast. Could Finn have ever guessed that his biological mother would have ties to Steffy?

It’s a small soap world after all. But when Sheila is involved, it’s also a crazy world. The woman who first appeared on our TV screens in Genoa City is back and ready to make everyone’s lives more complicated than ever as she obsesses over the son she couldn’t keep. We just have to wonder — who is Finn’s birth father? Stay tuned to The Bold and the Beautiful weekdays to see how this story plays out.