Days Of Our Lives Spoilers: Arianne Zucker On Eric And Nicole’s Mistake, What Should Have Happened 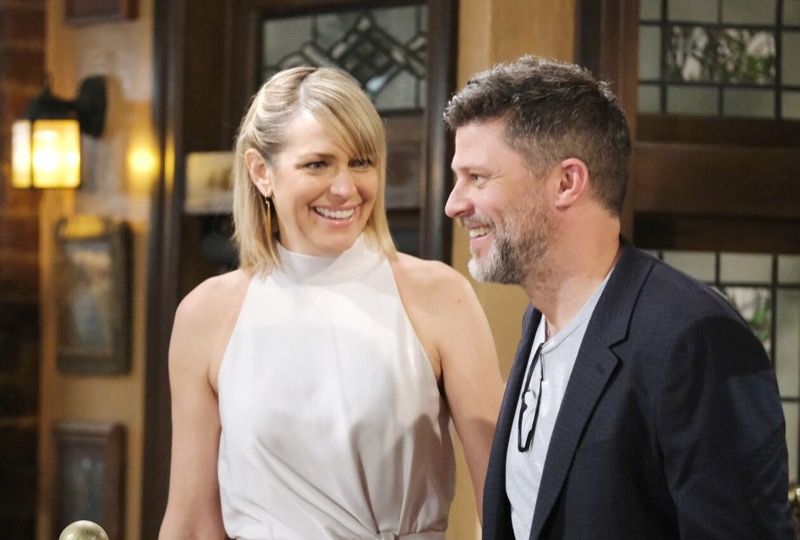 Days of Our Lives spoilers reveal that Eric Brady (Greg Vaughan) and Nicole Walker (Arianne Zucker) have ended their marriage. Even though Nicole cheated on her husband, Eric was the one that left his wife alone for nearly a year. Zucker discussed “Ericole” ending and hinted what should have happened with the couple.

DOOL spoilers reveal that fans were stunned when Vaughan announced his exit during a podcast interview. The actor had a few different reasons for leaving the NBC soap but hasn’t forgotten about his fans. One thing that “Ericole” shippers wanted was for the couple to have their happy ending. After all, they have been going back and forth for 20 years.

The Salem pair did get married and were ready to start their life journey together. Then, Eric got an offer to return to the Congo to help villagers. He turned it down at first, but Nicole urged him to go if that is where God was calling him. So, Eric left for Africa with a promise to visit often and that he would come home in three months. Unfortunately, that didn’t end up happening and Nicole was left all alone.

Speaking to Soap Opera Digest, Zucker explained that Eric and Nicole are first loves. Despite both of them caring very much for each other, the marriage was doomed. You can’t have a healthy relationship — or any kind of relationship — with just one person. Before parting ways earlier this week, Eric said he would always love her and Nicole said the same thing.

Days of Our Lives spoilers reveal that Zucker knows that “Ericole” are first loves. However, she doesn’t feel that they are meant to be. There has always been something or someone trying to prevent them from being together. Plus, Eric made a huge mistake when he accepted the mission to Africa.

Days Of Our Lives Spoilers – What Should Have Happened

The actress teased that Eric didn’t have to turn down the mission in order to make his marriage work. She hinted that Eric should have taken his new wife with him.

“Even though they were first loves, it doesn’t feel like they’re right for each other or meant for each other because he had this mission and he’s not taking Nicole with him.”

Of course, if Eric took Nicole, then Zucker wouldn’t be in Salem or on our television screens right now. Even though fans got their wish by the couple finally getting married, could there have been a better way to write Eric’s exit?

General Hospital (GH) Spoilers: Do You Want To See More Of Sasha And Brando? Vote Now!